The 11th edition of the Golden Kuker International Animation Festival was originally slated for May but like so many other festivals it was postponed in the hope that the virus would be contained and life could return to normal. Sadly, it was not to be, so Nik and I could not attend, but we were both on the jury via our computers. Our fellow juror, Alexander Donev, is a film scholar and expert at the Institute of Art Studies, at the National Academy for Film and Theatre in Sofia.

This year the festival featured 221 films in 10 categories ranging from 1-minute Super Short Films to Animated Eco and Advertising Films. With all those films to watch and evaluate as well as selecting the Grand Prix and the special Proyko Proykov Award for the outstanding Bulgarian film, the jury was quite busy.

Irish animator Liam Fahy succeeded in telling an engaging story in 1 minute in Mourning Murder. This bittersweet murder of crows hosting a funeral for a dead comrade is a commentary on society today in a grotesque way.

Music Videos don’t usually excite me but one of my favorite films at the festival was Bathwell in Clerkentime which won the Music Video Award. It is the 3rd film in Russian/American Alex Budowsky’s Cuckoo trilogy. The first film was the 2002 Bathtime in Clerkenwell where the cuckoos left their wall clocks and took over London. 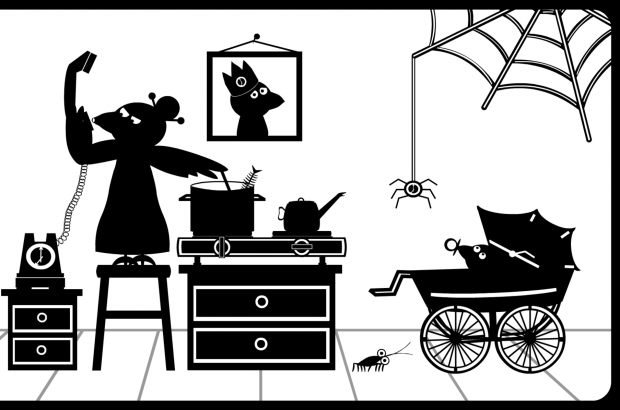 By 2007 the cuckoos embarked on a global expansion of their empire in Last Time in Clerkenwell. The final part of the trilogy Bathwell in Clerkentime is dedicated to relationships between the cuckoos,

where they are going nuts and facing problems with marriage, raising children, and alcohol. The music for all three of the films is by Stephen Coates of The Real Tuesday Weld Band. A song by the band inspired Alex to create the original Clerkenwell film.

Japanese animator Koji Yamamura, who won an Oscar in 2002 for Mt Head, creates beautiful films. His stories captivate me and his artwork is always exceptional. Koji’s latest film, Dreams into Drawing, is 10 minutes of gorgeous images. The film is based on the work of master painter Kuwagata Keisai who lived 200 years ago. He is also the author of Ways to Sketch, a book of drawings of humans and animals that is prized for their great expressiveness. 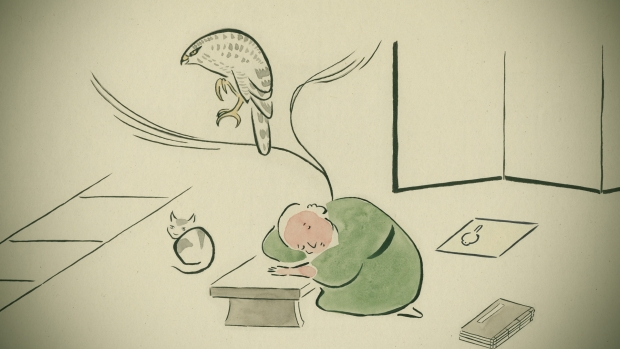 About Dreams into Drawing, Koji says “This work is an autobiographical fiction that replaces Keisai for the protagonist of 18th Century writer Ueda Akinari’s A Carp That Appeared in My Dream. In this story, from Tales of Moonlight and Rain, he is transformed into a variety of birds and fish in a dream.”  One day he falls asleep while sketching a carp and, in his dream, he is transformed into a carp. The carp is happily swimming, but when he is caught by a fisherman, things suddenly take a turn for the worse.

Yamamura says that the concept for the film is “. . .The understanding of dreams as a shared experience, which has been mostly forgotten in modern times, encourages empathy with the world and others, and aims to restore a primitive consciousness lost by modern people, who suffer from the dichotomy of matter and mind”.  Dreams into Drawing received the award in the Films Up To 10 Minutes category.

The Golden Kuker, which is the Grand Prix Prize, went to Freeze Frame by Soetkin Verstegen. The film was created during a series of residencies throughout Europe. It was filmed in black and white with no dialogue or subtitles but extremely strong images. The term freeze frame is generally used for a movie still, where the image is frozen in time. In this film, anonymous workers cut blocks of ice out of a large frozen lake. The blocks have rabbits, frogs, and other small animals frozen in them. As the workers drag the ice blocks into a dark storage space the movement of the blocks sliding by reanimates the frozen animals trapped inside of them. The rapidly repeating image sequences recall the early days of cinema.

The other major award is the Proiko Proikov Award, given to the best Bulgarian film. It is named for the famous Bulgarian artist, animator, and director who introduced animation and inspired a generation with his award-winning films.

This year the award went to Assia Kovanova for her 8-minute film Paper Kite. In Assia’s charming film, a girl and boy set about solving a mathematical problem written on a blackboard by their teacher. Impossible as the problem seems, the children set about solving it with the aid of a sheet of paper and a kite. 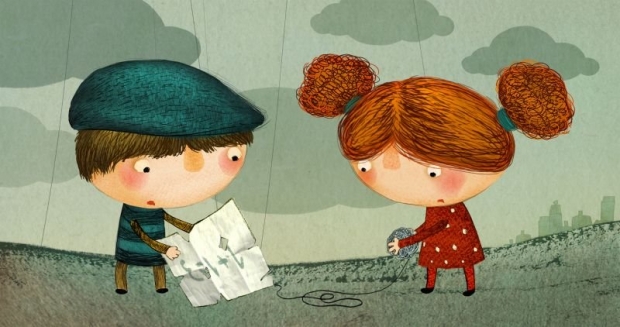 Masterclasses were an important part of the festival. For the 2020 edition, the noted animator Juan Pablo Zaramella was slated to attend and present a masterclass. Unfortunately, due to the travel restrictions caused by the pandemic he could not fly from his home in Argentina to attend this year.

Four masterclasses were presented for older students. Zographic Films Animation Studio offered a class titled Animation Technologies – Symbiosis Between 2D and 3D. The Bulgarian studio, established in 1994 as a production company specializing in advertising, has gradually shifted its focus to 2D and 3D animation and VFX. The studio’s two latest productions are The Girls from Willow Street and Horrible Tales for Terrible Children.

Sofia’s Studio Zmei’s masterclass focused on production and storytelling for animation series. The studio’s name was inspired by a magical creature found in traditional Bulgarian folklore. Fairytales tell that the Zmei is the ruler of storms and thunder and the strongest and wisest of all spirits. The studio offers a wide range of services and expertise in collaboration with other studios on a vast array of products at different stages of production.

In their presentation to the students, Pavilion Creative Studio tied together illustration, design, music, literally everything that goes into building a successful concept. They also delved into what are the right questions to ask and how to visualize the answers. 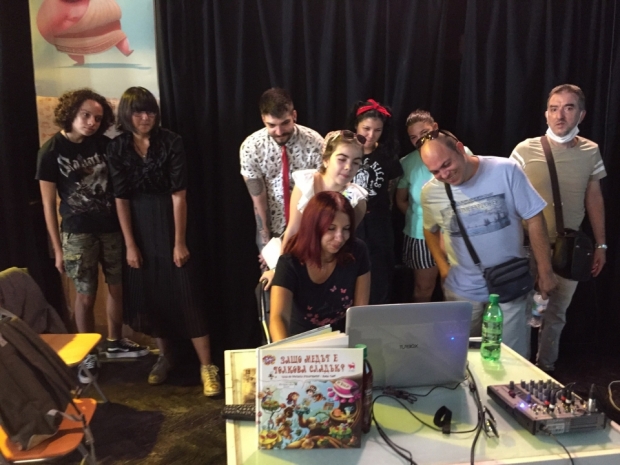 Maya Bocleva is an artist, illustrator, and director of animated films. She is noted for combining illustration and animation as well as creating computer games. Her latest project, This and That is an interactive series for children with a book and games combined with electronic media. At her masterclass, she talked about the many facets of her work and how students can combine different mediums.

Each year the festival places great emphasis on training programs for young people. Members of BANHA Proikov (Bulgarian Association of Artists Entertainment Proiko Proiko Sofia) taught participants in their children’s workshop to animate images of themselves in notebooks, tablets, and phones. They also learned how to draw a favorite cartoon character as well as to experiment with different types of animation. 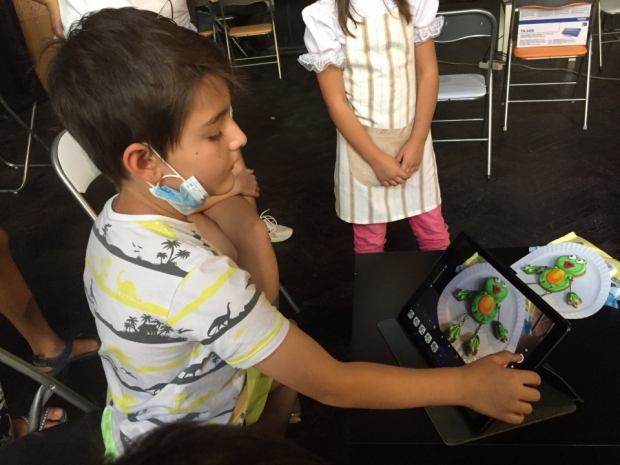 At the Delicious Animation Workshop, led by Elena Shagay, children decorated gingerbread cookies from Sweet Masha and Dasha Bakery with icing. After animating them they got to the delicious part of eating their artwork.

Each year the festival presents an exhibition of students’ work. Participants whose work is deemed to be outstanding are awarded 2 months of training at Animart Studio. 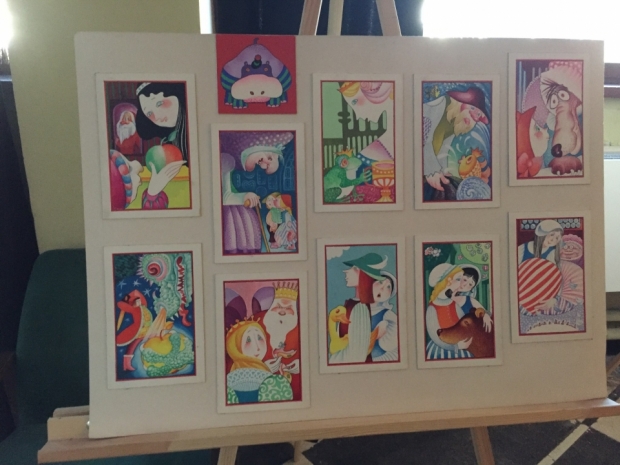 The Golden Kuker has an agreement with the National University to hold screenings and events there throughout the year. They also organize a year around traveling festival to bring animated films, exhibitions, and workshops to children and older students throughout Bulgaria. In 2019 the festival toured to 35 towns including Karnobat in Southeastern Bulgaria where they worked with students in the Hristo Botev High School. Some of the students showed an interest and talent in animation so the festival workshop has continued to work with them online to help develop their talent.

The Golden Kuker Festival is organized by ANIMART Ltd. Animation Studio in conjunction with the Bulgarian Association of Independent Animation Artists (BAIAA). The association was founded and is chaired by animator, director, and screenwriter Nadezhda Slavova. She is also the director and main driving force behind the festival. The group has published a lovely book with a page devoted to each member with a photo of them, pictures of their work and information about them.

Entrance to all events and workshops is free to everyone because the festival believes that knowledge and skills are invaluable tools and that it is important for every fan of animation to have the opportunity to see excellent films and attend the masterclasses.

I missed the trip to Sofia this year. I love attending the festival and I also miss Nadia and her family. Nadia is one of the most gracious and tireless hostesses I know. Not only does she run a festival with year-round activities and an animation studio, but during the week of the festival in Sofia, she also cooks fabulous meals in her lovely home for festival guests. She is the true embodiment of this year’s festival theme “Through Art and Education Towards a Better Ecological World.

READ  Everything you need to know about the Liverpool Literary Festival

The next edition of the Golden Kuker Animation Festival is planned for 12-16 May 2021. You can read more about the festival and how to submit your film at: www.animationfest-BG.EU 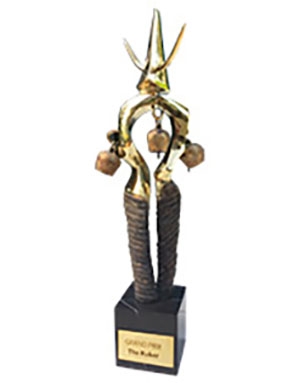 Best Animated аdvertisement film –  A DOG BY YOUR SIDE, director Selina Wagner, GB

House Speaker Nancy Pelosi of Calif., tears her copy of President Donald Trump’s s State of the Union address after he delivered it...
Read more
Festival

ROSA WOODS/STUFFMaisie Taylor gets her face painted at the Island Bay Fair. Maisie Taylor was a unicorn. Her brother Angus was a tiger....
Read more
Festival

THOUSANDS of travellers have today started gathering in a sleepy village in Cumbria for the Appleby Horse Fair - the biggest gypsy festival...
Read more