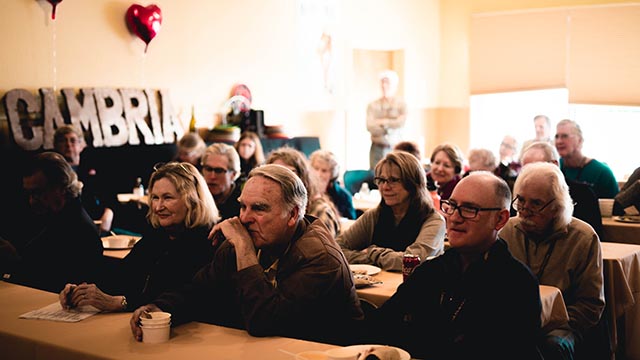 The Nancy Green Founder’s Award for the film that best exemplified the festival’s goal of exploring romance and the complexities of love went to Cook Off. This film from Zimbabwe, directed by Tomas Brickhill, is a romantic comedy about a young African woman whose son signs her up for a cooking show.

The judging panel made its official selections from more than 3000 feature and short films submitted from around the world. The judges awarded Best Feature Film to Julia Blue, a film from Ukraine directed by Roxy Toporowych. They awarded Best Short Film to Corkscrewed, an animated Italian film directed by Massimo Ottoni.

This year also introduced two new awards. The first, the Director’s Award for Artistic Achievement, was given to Israeli director Yoram Ever-Hadani for his short Moon Drops. The second, the Cambria Heart Award for special recognition around the festival theme, was given to Wake, an American feature directed by Cyrus Mirakhor.

Nearly 30 filmmakers participated in the four days of films, talks and parties. Filmmakers came from as far as Spain, Portugal and Israel. Hundreds of individuals attended the various screenings in theaters ranging from 48 seats to 175 seats. Overall attendance was up over 40% from the 2019 festival.

The Cambria Film Festival is an official activity of the Cambria Center for the Arts, a local non-profit dedicated to local arts. The festival receives sponsorship funding from Elaine Levin Anderson, James Anderson, and Ami Belli. Additional funding comes from the Cambria Tourism Board, San Simeon Tourism Alliance, the Cambria Pines Lodge, Cavalier Oceanside Resort, Hearst Ranch Winery, The Truck at Sebastian’s and other local businesses and individuals. 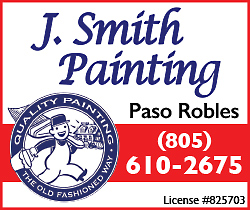 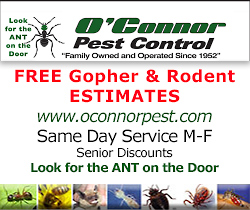 About the author: News Staff

News staff of the Paso Robles Daily News wrote and edited this story from local contributors and press releases. Scott Brennan is the publisher of this newspaper and founder of Access Publishing. Connect with him on Twitter, LinkedIn, Instagram, or follow his blog. He can be reached at scott@pasoroblesdailynews.com.

Food vendor turned away from Southport 4th of July Festival

The Prague Youth Film Festival showcases young talent from around the...