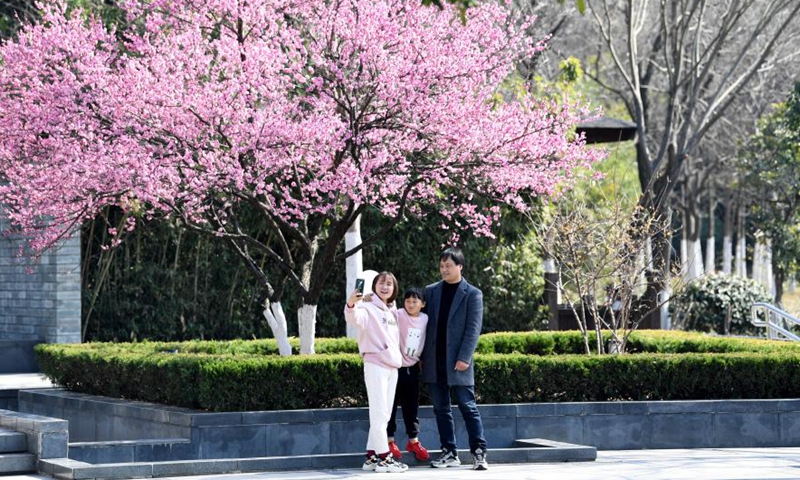 China’s tourism market continues to recover during the week-long Chinese Lunar New Year holidays, with famous tourism cities and provinces hosting millions of visitors as people swarm to local scenic spots while many chose to stay in place over the long break to avoid a sudden flare-up of COVID-19.

A total of 654 major scenic spots were open over the first three days of the holidays as of Saturday, representing 86 percent of major sites, the latest data from the Sichuan Provincial Department of Culture and Tourism showed on Sunday.

During the reported period, Southwest China’s Sichuan Province hosted 6.34 million tourists, up 293 percent year-on-year. Meanwhile, the province saw ticket revenue of 40.83 million yuan ($6.32 million), an increase of 166 percent year-on-year, according to the bureau. 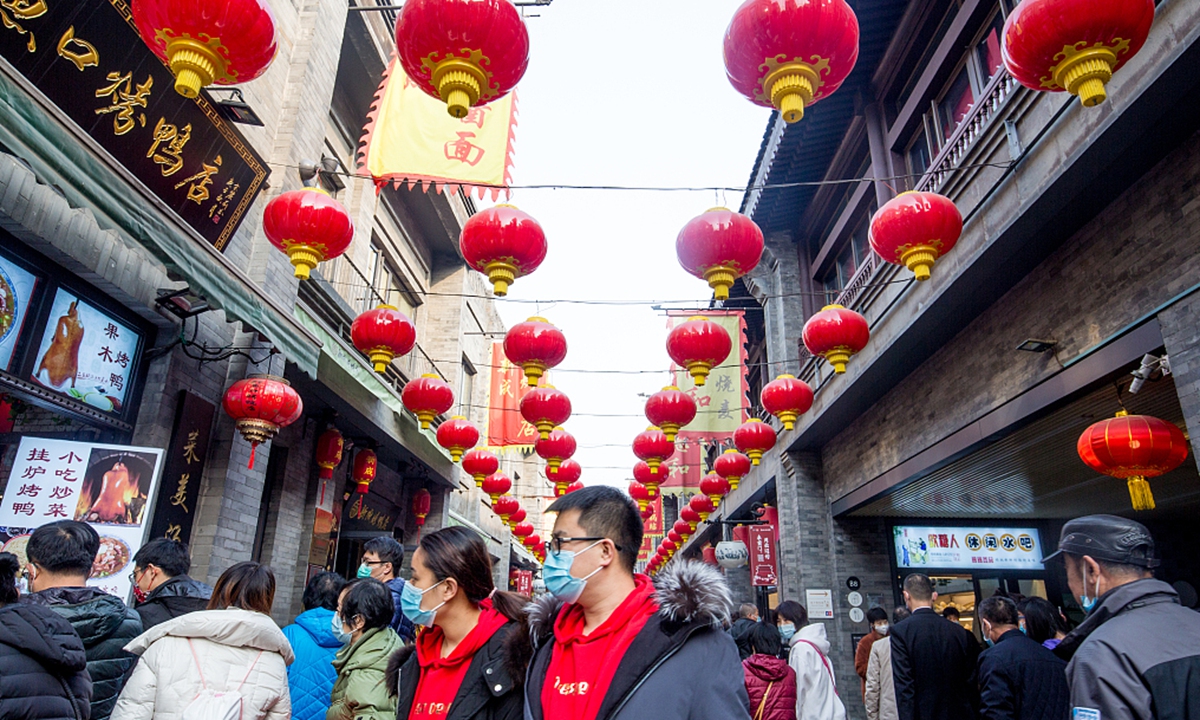 China’s capital city of Beijing recorded a total of 2.75 million tourists over the first three days of the holidays, an increase of 1.2 times year-on-year, while revenue rose 1.8 times year-on-year to 220 million yuan.

In Shanghai, 130 major scenic spots, 81 museums and nearly 30 art galleries, among others, remained open during the holidays, welcoming 2.27 million visitors.

Overcrowding forced the Jiufengshan scenic spot in Ningbo, East China’s Zhejiang Province to temporarily suspend entry. It issued a notice at 2:30 pm Saturday that the location’s temporary capacity reached a peak of 11,000 causing waiting visitors to be asked to return later, stating that capacity had been limited to 75 percent of capacity on the basis of COVID-19 prevention.

A Beijing resident surnamed Zhao told the Global Times that he returned after just arriving Hongluosi, a scenic spot about one hour and a half drive from Beijing’s CBD, on Saturday as there were too many visitors and he couldn’t find a place to park.

A rebound in local tourism market has also boosted domestic consumption. Zhuhai, Guangdong released 200-yuan coupon each for those whose hukou (household registration) are not in the city, while Zhongshan in Guangdong issued 20,000 scenic spot tickets and 10,000 cinema tickets, worth 2 million yuan in total to these people.

In addition, travel to villages and suburbs has broken historic records, according to the Guangdong tourism bureau. It said that village scenic spots hosted between 947,300 and 1.08 million tourists over the first two days of the holidays, higher than that during the same period two years earlier.

Valentine’s Day 2021: History, significance, and how it is celebrated across different societies

Despite his own labor problems, Bernie Sanders has a 15-point plan to force workers into unions while killing jobs. On Wednesday, despite its own...
Read more
Festival