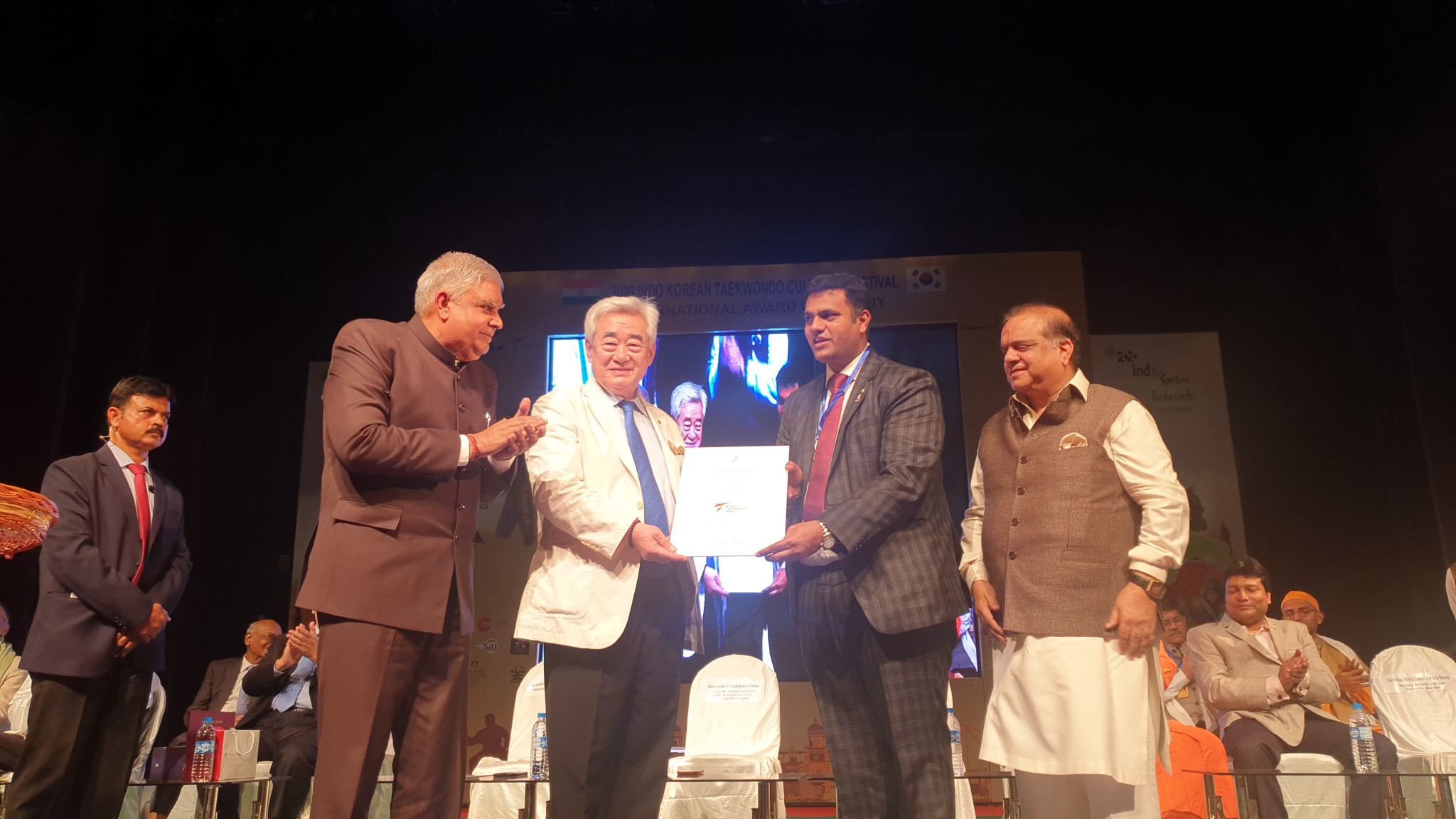 World Taekwondo President Chungwon Choue said he was “honoured” to attend a cultural festival dedicated to the sport in India.

The South Korean visited the 2020 Indo-Korean Taekwondo Cultural Festival and International Award which took place in Kolkata and nearby Howrah.

Among the festivities were the first-ever performances in India by the World Taekwondo demonstration team.

Narinder Batra, the President of the Indian Olympic Association and the International Hockey Federation, was another to attend alongside Namdev Shirgaonker, the head of India Taekwondo.

“I am honoured to be here for the 2020 Indo-Korean Taekwondo Cultural Festival and International Award Ceremony,” Choue said.

“My special thanks go to Dr. Batra, President of the Indian Olympic Association and Mr. Namdev, President of India Taekwondo, for attending this event.

“With your full support, I believe that taekwondo will be further promoted in India.”

Roy’s Taekwondo Academy helped to organise the festival, which has run biennially since 2008.

Kaepernick’s Workout May Have Yielded a Tryout, Just Not For Him