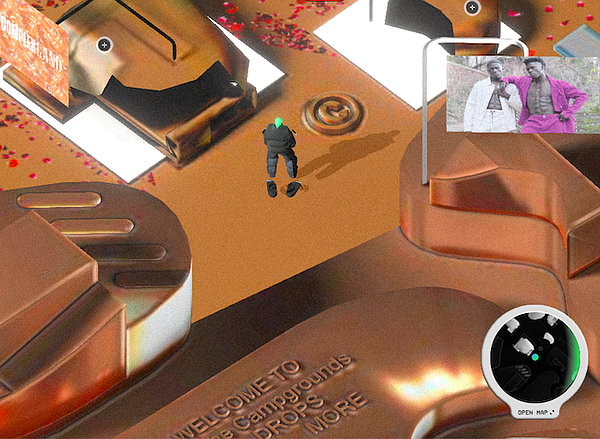 ComplexLand’s virtual festival resembles a landscape of a computer game. Screenshot via ComplexLand.com

The festival, founded by Complex Networks, is the virtual cousin to ComplexCon, a sprawling arts, music, sneaker, streetwear and food pop-up market that has been produced annually at the Long Beach Convention Center in Long Beach, Calif., but was canceled this year due to the COVID-19 pandemic.

The inaugural ComplexLand will run until Dec. 11, featuring appearances from music notables such as Fat Joe and Lil Yachty. It also will feature e-boutiques and new products from brands such as Versace and retailers such as Feature—which also runs physical shops in Las Vegas and Calabasas, Calif., and digital events such as a Sneaker of the Year hunt powered by eBay. 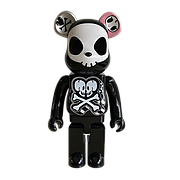 Brands participating in the virtual festival are expected to drop exclusive merchandise. Tokidoki, based in Los Angeles, will be unveiling product including vinyl toys such as a Bearbrick figure, and tees and hoodies with new graphics. These new items will launch exclusively at ComplexLand, said Simone Legno, Tokidoki’s chief creative officer and co-founder. He said that the Tokidoki collection introduced at ComplexLand focused on street art inspired by Tokyo and Los Angeles.

The XSET e-sports team, which has team members and executives living in Los Angeles and Boston, was selected as the official gaming team partner for ComplexLand, said Greg Selkoe, XSET’s co-founder and chief executive officer.

Erin Ashley Simon, an XSET owner, also is scheduled to host the festival’s only discussion panel on gaming. XSET also will offer three collaboration collections for sale at the festival. It includes a $600 letterman’s jacket, which was made through a collaboration with the Roots Canada brand, as well as high-end sneakers by XSET and Nike. Also offered through the event are apparel such as T-shirts and martial arts kimonos made with Jiu Jitsu brand Albino & Preto. 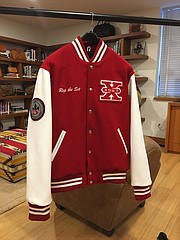 Screenshot and poster image from Paramount Studios Hurricanes, alligators, and the human condition converge on a Florida locale. In the midst of the summer blockbuster...
Read more
political events

Harold Finch Comments on a Tale of Two Pictures (Me, too)

Intrepid independent researcher @NameRedacted was suspended multiple times on Twitter for what amounted to hurting the feelings of leftists and challenging their blatant...
Read more
Festival

news, latest-news, A burst of music and joy will take over the streets of Wollongong next week. Three "unforgettable days filled with sound,...
Read more