“Iron Grit,” a documentary that chronicles the rise of Richard Arrington Jr., the first black mayor of Birmingham, will make its world premiere at the Sidewalk Film Festival in August.

Directed and produced by Birmingham natives Jamel Lajuan and Sumner Nesbitt, “Iron Grit” follows Arrington’s roots growing up in Livingston, Al. and examines his political career as he ascended from the Birmingham City Council to the mayor of Birmingham following the 1979 police shooting of a young African-American woman named Bonita Carter. 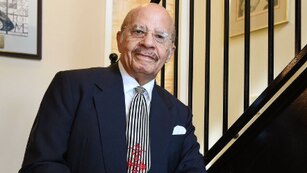 The 1 hour-46 minute film combines interviews, reenactments and sketches for a biopic that documents Arrington’s rise from a professor at Miles College to the politician most trusted by the black community in post-civil rights era Birmingham.

The catalyst for Arrington’s career would come in 1979 after the June 22 shooting of 20-year-old Carter.

Birmingham policeman George Sands shot and killed the unarmed Carter while investigating an incident at Jerry’s Convenience Store in Kingston. Sands mistakenly thought Carter was involved in the altercation, but her death was the last straw for the city’s black citizens who had long suffered violence at the hands of the police. A series of interviews in “Iron Grit” describe Sands as an officer with a history of violent run-ins with residents.

Mayor David Vann refused to call for the firing of Sands, which many black citizens perceived as public support. In response, neighborhoods in Birmingham launched protests and, sometimes violent, demonstrations. Arrington, who had long observed and noted the community’s reports of police brutality would challenge Vann for the mayoral seat, winning the election in 1979.

“The platform and culture that allows annual festivals like Sidewalk to exist in Birmingham was largely put in place during the mayorship of Dr. Richard Arrington Jr. and David Vann,” Lajuan told Al.com in an email.

“So now, in turn, the largest Alabama film festival is giving back to these historic leaders of the largest city in Alabama.”

Now in its 21st year, Birmingham’s Sidewalk Film Festival kicks off on August 19.

Watch a trailer for “Iron Grit” below:

“Iron Grit” will premiere on Saturday, August 24 at 3:05 p.m. in the Dorothy Jemison Day Theater at the Alabama School of Fine Arts. 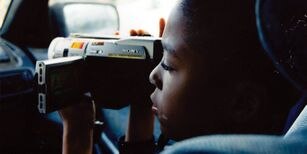 Organizers say they’re on a tight schedule for fundraising and construction, but the project is moving forward as planned.

“MENstruation.” It’s apparently a concept that the brand “Thinx” came up with as an ad for their line of period panties. Only it’s not...
Read more
political events

Director Goutam Ghose has often – in his long career which began in 1980 – created a cinema that was provocative and aroused...
Read more