It won’t be the first time someone’s smoked a joint at a music festival, but it is the first summer since doing so became legal.

As the first round of summer festivals approaches, Kitchener’s Ever After festival is one of the first local events to unveil its pot plan.

“We’re embracing the new laws, and we are allowing patrons to bring in cannabis both into the festival and to the camping ground,” said organizer Gabriel Mattachione, who is president of Beyond Oz productions.

Festivalgoers can bring in 10 grams of pot per day, but it has to be pre-rolled. Using standard issue joint sizing, with each joint being about half a gram, that works out to about 20 joints a pop, Mattachione said.

Campers have a bit more leeway, and can bring in as much as 28 grams of pot in either rolled or loose leaf form, he said.

“Because our camping’s not truly inside the festival grounds … we thought, ‘Okay what would you be allowed to bring to your hotel?’ and we used those guidelines as a parameter,” said Mattachione.

Smokers won’t be able to light up willy-nilly, Mattachione said. They’ll have to stay in a smoking section, which has capacity for about 900 people.

Mattachione said the view from the smoking section is good but ‘not the best,’ and that it’s mainly designed for people to smoke quickly and leave.

There is also a second smoking section in the VIP area, which will have a better view, Mattachione said.

Not all music festivals are taking this approach; some — like Riverfest Elora — said they will meet with the OPP, the township and other authorities before making any decisions. Others, like Hillside Festival in Guelph, are planning to rely on the goodwill of attendees.

Due to Hillside’s small venue, there aren’t any designated smoking areas, but smoking is prohibited anywhere less than nine meters or “just shy of a school bus length” from eating or drinking areas, said Marie Zimmerman, the festival’s executive director.

Those areas will be well-marked with signs that say no smoking or vaping of any substance is allowed.

“Most people are aware there’s a spectrum of responses to smoking — especially in public places. So we’re relying on their common sense but also their kindness and their compassion for other people.”  said Zimmerman.

“Our festival-goers tend to be guided by intuitive benevolence, which we truly appreciate.”

Gary Genosko, a professor at the University of Ontario Institute of Technology who’s studied cannabis, called Ever After’s plan as a “fairly sensible solution,” and that treating cannabis in roughly the same way as tobacco is a popular strategy.

Still, Genosko said he wonders how well the smoking corrals will work in practice. 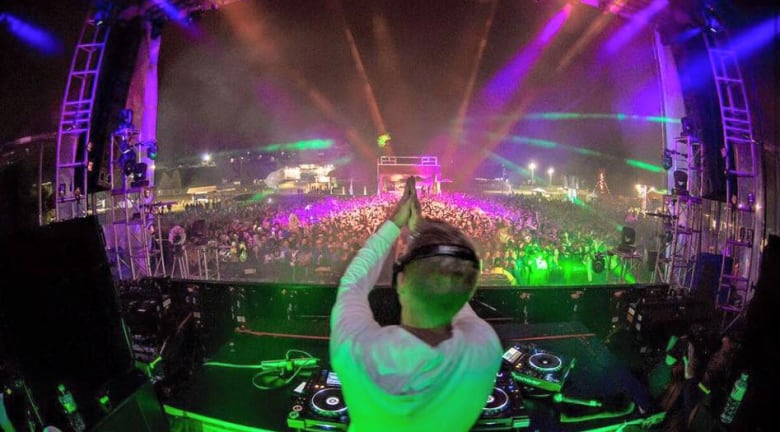 Organizers say those who try to smoke outside designated smoking areas risk being ticketed. (EverAfterMusicFest/Facebook)

“Let’s face it, smoking pens and smoking corrals are extremely unattractive … it depends on the weather how safe it is to access those places,” Genosko said.

“It’s hit and miss proposal, but now that we have essentially no smoking of anything inside any venue anywhere in most of Canada it’s going to be difficult to find a compromise solution.”

Mattachione said poeple who do try to smoke within the crowd, risk being ticketed. There will be paid police duty on-site, as well as tobacco enforcement officers sent by the region.

“We advise everyone to abide by the rules, but there’s always some rule breakers in every crowd,” he said.

Prager U Effortlessly Explains and Destroys the 1619 Project

You’ve likely heard of something called the “1619 Project” and know very little about it. What you do know is that it has...
Read more
Festival

FOCUS Wales is back and bigger than ever, as Wrexham's multi-venue music festival returns in 2019 for its ninth edition. ...
Read more
Festival

Who Should Win Semi-final One of Portugal’s Festival da Canção 2020?

The names are in, the songs are out and excitement is building up nicely as the Portuguese Eurovision renaissance continues. On February 22, semi-final...
Read more