Despite an extra evening of music and an increase in attendance, festival goers at Ever After were better behaved than ever.

That’s according to a police services board meeting report released on Friday.

The electronic dance music festival began in 2017. That year, police dealt with more than 340 incidents over the course of the three-day music festival.

The overall number of charges technically increased slightly compared to 2018, but the vast majority of those, 16 out of 19, were traffic violations. That’s thanks to a first-year traffic initiative.

“This was the first year for this initiative so there are no comparable statistics from previous years,” the report reads in part.

Otherwise, just a single criminal code charge was laid and two liquor charges were handed out. 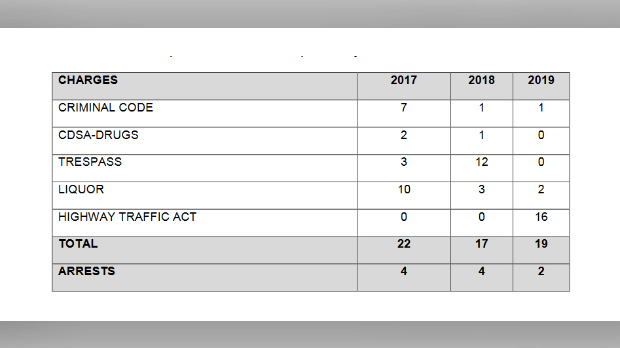 Meanwhile, the music festival saw an increase in the number of health-related incidents compared to last year’s event.

Ambulance transports, hospitalizations and noise complaints were all up.

This year’s festival also added an extra night and an increase in attendance, both of which could be responsible for the increases.

Forty people were treated by paramedics over the festival’s four nights, and 34 of those were transported to hospital.

NORTHAMPTON, Mass. (WWLP) – The Northeast Hot Air Balloon Festival is coming to Northampton from July 12th through the 14th. The festival will...
Read more
Festival