Here’s what you need to know about this year’s Nashville Pride
Kyren Harvey, Tennessean

NASHVILLE — June is Pride Month and Nashville is celebrating with its biggest parade and festival yet.

A record 6,000 people will march in the parade, and a record 225 vendors will participate in the festival.

The 31st annual event is also celebrating the 50th anniversary of Stonewall, the riot against police brutality that kicked off outside New York City’s Stonewall Inn bar. June 28, 1969, is widely named as the spark that really launched the gay rights movement in America.

“It’s important, given the anniversary of Stonewall, that we celebrate what we’ve accomplished, but also look forward, ” said Phil Cobucci, community affairs director for Nashville Pride. “What can we do next?”

Thousands of people turned out downtown this weekend for the Nashville Pride Equality Walk. The festival has grown considerably since its early years and now sees support from across the city. Check it out!
Andrew Nelles/The Tennessean

How much are tickets?

The cost is $5 each day at the gate. Admission covers the cost of creating the festival. Children 10 and under are granted free admission. The parade is free to attend. 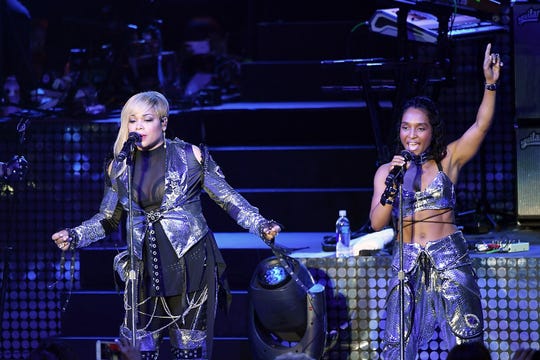 Tionne ‘T-Boz’ Watkins (left) and Rozonda ‘Chilli’ Thomas of the music group ‘TLC’ perform onstage during the I Love The 90s The Party Continues at The Greek Theatre on July 14, 2017, in Los Angeles, California. (Photo: Matt Winkelmeyer/Getty Images)

This is the first time Pride will have four stages. A detailed schedule will be released early next week.

Headliners on the main Equality Stage include TLC and Neon Trees. The Stonewall Stage features entertainment and drag, while the acoustic RNBW stage, which used to be a tent, will feature local and independent artists. There is also a WXNA stage and a Dance Tent featuring DJs. Some of the top-billed acts include: 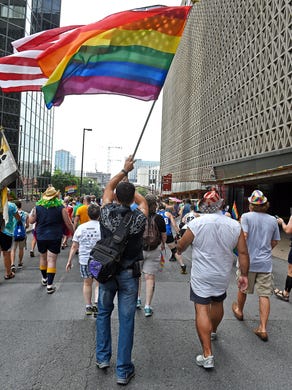 Are there activities for kids?

What can you bring?

Attendees are encouraged to bring blankets, lawn chairs and coolers. Alcohol, fireworks, drones, grills, glass items, tents, noise makers, or weapons of any kind are not permitted inside the event. Bags will be subject to search.

Where should you park?

The Nissan Stadium lots will be closed Saturday. To look at a map of available downtown parking, visit Park it Downtown’s website.

Pride also offers a ride share option. The pick up and drop off location is at Third Avenue North and James Robertson Parkway.

For more information about this year’s Nashville Pride, visit their website. The workers behind China’s frozen festival

Balloon festival gets off to soggy start

Toronto’s I Heart Beer Festival Will Have Gooey Mac & Cheese...

Volunteers needed for The Elmwood Avenue Festival of the Arts