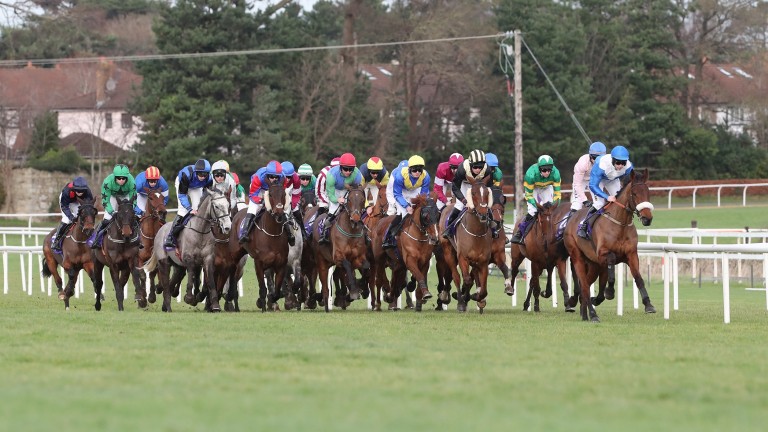 Betting editor Keith Melrose and Joshua Stacey from the Racing Riot podcast give their insight into the last seven days. Members can view the race replays and add these horses to their Racing Post Tracker. Not a member? Click here to join Members Club Ultimate and get unlimited race replays from Britain and Ireland plus access to our unrivalled Horse Tracker.

This recruit from France has Listed form to his name which could, on a positive reading, be placed in the low 130s. He travelled well into that race, over 2m5f at Nantes, but was run into second late on.

On his recent British debut, off 126, he proved easy to back over 3m1f in a warm handicap chase and showed a fair amount of promise before fading.

He was not given an unduly hard time and his next run will be the one to judge him on. If it is over slightly shorter and over softer fences than Wincanton’s, anticipate a much-improved performance.
Keith Melrose

Watch an instructive race from Wincanton, in which Elan De Balme shaped well

In the early months of 2018 Bollin Ace was a consistent low-130s chaser on RPRs, with form including a four-length second to Lady Buttons off roughly level weights.

He did not run between April that year and Saturday, when he gave a bold sight out in front for a long way before Nuts Well and Clan Legend left him behind from two out. While it was a weak 0-150 and few put their best foot forward, the front pair are both in-form types and a race-fit Bollin Ace would have been on their heels.

He is rated just 123 now, a generous handful of pounds below ratings from which he is known to be competitive, and next time he can run in a much lower grade. He suits testing ground, like many of his relatives.
Keith Melrose

Column Of Fire looked to be one of the most exciting bumper prospects last season after bolting up by 13 lengths on his second start under rules at Navan.

If you’d then told trainer Gordon Elliott that it would take him seven runs to get off the mark over hurdles, I think he’d have been perplexed.

However, making his handicap hurdle debut on Sunday as well as stepping up to three miles for the first time, he was given a positive ride by Jack Kennedy and caught the eye when staying on a fast-finishing third.

He looks to fit the Gigginstown/Martin Pipe mould that we’ve become so accustomed to seeing in recent renewals and has to go into the notebook for that Cheltenham handicap.
Joshua Stacey

We were yet to see a real standout Champion Bumper contender from Ireland, but look no further than this Willie Mullins gelding after his emphatic seven-and-a-half length win on Saturday.

Having already won a bumper over two and a half miles on his previous start, it was clear Patrick Mullins wanted to make use of the six-year-old’s proven stamina.

Appreciate It: impressive winner at Leopardstown

However, it was his smooth traveling and deadly turn of foot that really captured the imagination and he will prove very difficult to beat at Cheltenham.
Joshua Stacey

Watch Appreciate It announce himself as a new star

Meet the new directors who lit up the film festivals | Film

Dems Indicate They Plan to Keep on Impeaching, Even If They...

Vanja Kaludjercic to take over as director of International Film Festival...

HARD Festival’s General Manager Opens Her Playbook on How to Book...