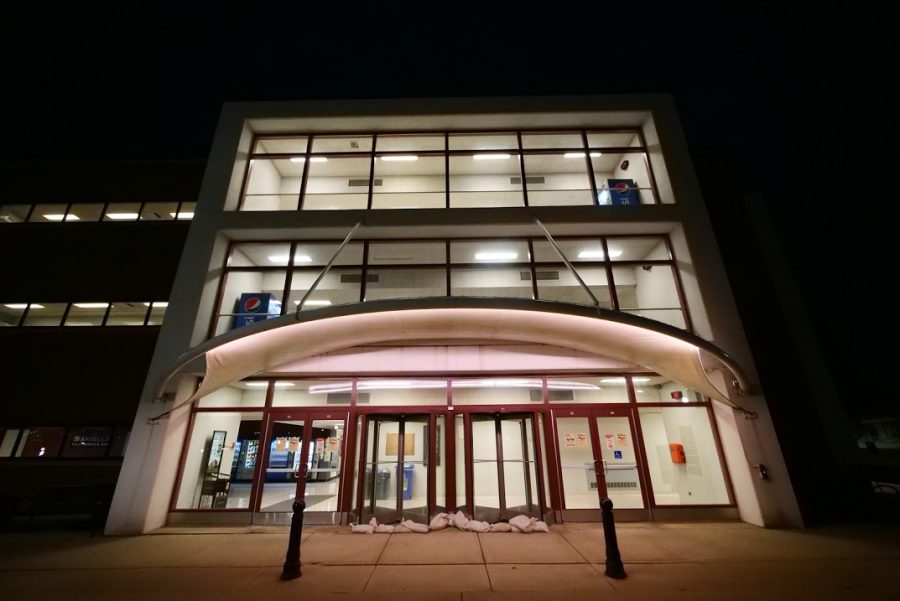 The third and final installment of the 20th annual independent student film festival Reality Bytes is the weakest link of its other two parts. After the exceptional second part, this part doesn’t live up to those expectations. However, select films of this installment do echo what made this year’s film festival a special one.

From Jules Brown in the United States, “Fire Trials” follows the character of Charlie who is obsessed with reading the next book in the fire trails franchise, and when the library doesn’t carry it, she must find alternative ways to obtain the book. “Fire Trials” feels like a student film. It has some creative ideas like the fantasies of a book playing out in our reality before the character’s eyes, but those ideas don’t often succeed in execution. The film is often stuck between feeling natural and forced, which a lot of student films suffer from. “Fire Trials” is a good starting place that showcases promising creativity in filmmaking going forward.

Andrew Fullerton’s “A Roll of the Die” out of Seneca College Toronto confronts the childhood trauma of losing a friend to cancer and how that shapes a person in their later life. “A Roll of the Die” is pretty straightforward in its chronological narrative, but the depth of how cancer, mental illness and how we as humans push through those hardships is the beauty behind the film. The story is told strictly through somber voice over and that decision succeeds at delivering a melancholic narrative. But it’s the realization of how humans find hope at the end of the tunnel that makes this film a beautiful one.

“The Ascent” from the United States by Sarah Larson and Val Bodurtha is a sensational dive into the dangers of frat and college partying culture through two intertwinning stories. The editing is a huge brightspot as the narrative is told primarily through that aspect of filming. The film tackles sensitive material like drinking culture, sexual assault and how those actions can wield dangerous consequences and trauma that stem from them. The remarkable storytelling is especially showcased when the film subverts the expectations of the viewer halfway through the film. As time has gone on, more filmmakers are tackling the troubling aspects of frat culture and “The Ascent” is an achievement at breaking that culture down to its core.

‘This Little Piggy Went to Market’

Jeanine Fiser’s documentary out of Fresno State University follows 14-year-old pig farmer Austin Blomquist as he prepares to sell his prize pig at the upcoming county fair. This documentary is unique because of the story following a 14-year-old  pig farmer, who makes the film so enticing and investing. Blomquist’s passion for pig farming radiates through the screen. And once Blomquist enters the county fair tournament to sell his pig, the viewer undoubtedly wants to see him succeed. The pig at the center of the documentary doesn’t have a name, but the pig gave life into the film. “This Little Piggy Went to Market” is a neat and sweet documentary that succeeds in making the viewer care about something as obscure as being a pig farmer.

This animated short from the United States by Frank Greshamn follows two extraterrestrial beings looking for a change of scenery. The short is a funny telling of the placebo effect as the two extraterrestrial beings don’t actually venture to another planet, and they don’t realize their new planet is just their home planet. There’s some really quaint cosmic style music and the animation is fine, but nothing too impressive. All around, “Uranus Whispers” is just an alright animated short.

“Cleats” by Abdullah Şahin of Turkey follows three young children preparing for upcoming soccer tryouts, but they must find a good pair of cleats first. Throughout “Cleats,” the cinematography is lavish and perfectly framed. There’s an authentic and innocent chemistry between the three children that build subtle character building. That character building peaks at the very end, but the abrupt ending leaves the viewer ultimately wanting more as the film was just ramping up.

“Fresh Air” by Lucas Santos of Daemen College tells the story of an alien boy who wants to play outside but his digital technology has other plans. “Fresh Air” has a nice mixture of simple and textured animation that looks satisfying in every frame. The back and forth between the boy and his portable television that is trying to keep him inside is really funny at points, especially when the boy finds a loophole to finally get outside. “Fresh Air” doesn’t set out to do anything crazy but it’s ultimately a very sweet and wholesome animated short that will put a smile on the viewer’s face.

“Us Two” from the United States and by Corinne Rutledge ends Reality Bytes on a pleasant high note. “Us Two” follows a young woman in the cycle of a rigorous routine until she finds an unexpected romance. “Us Two” does an excellent job at showing how routines can be really tedious, and also how the beautiful nature of a romance can totally change that for someone. Once the romance starts, it’s the small details that make the film rewarding like waking up to two pairs of slippers instead of one. On the other hand, it’s also the small details that reveal how a couple is drifting apart from each other.Their slippers used to be right next to each other and now there is noticeable distance. But it’s the experience of viewing two people finding their way through their troubles to make their relationship work again that makes “Us Two” a heartwarming ending to Reality Bytes.

The 20th annual independent student film festival Reality Bytes proved to be a diverse and promising grouping of submissions that all filmmakers involved should be proud about and to keep working to refine their craft.