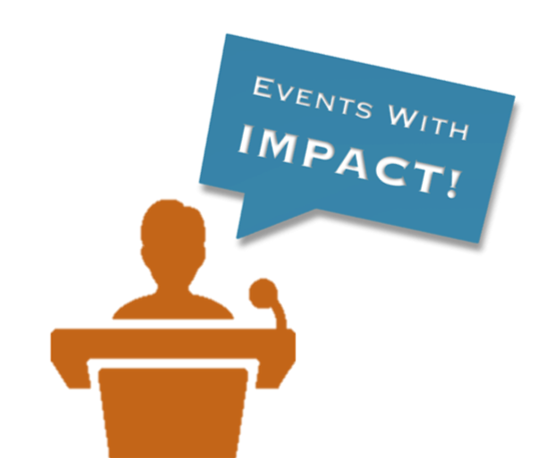 With many programs now being delivered virtually, the IMPACT of those events becomes a concern for many event planners and managers…

As a basketball coach, one of the things that we did as a program to develop our team culture was bringing in outside speakers every couple of weeks throughout the season.  The guest speaker would share ideas and stories and wisdom that would inspire our athletes.

It wasn’t enough for them to hear things from ME – they benefited from having someone ELSE come in and share a similar message, but in a different voice and with different stories to support their advice.

On Thursdays after our normal practice, we would get together in the locker room and a local businessman, or college coach, or leader would spend an hour with our team as they ate Chik-Fil-A sandwiches…

I wanted our guys to hear from successful people.  I believed then, as I do now, that if you work to develop your people, they become better teammates, and that is what build successful organizations.

Now, as a teamwork speaker, companies bring ME in to do something very similar at conferences (or for a live-online ZOOM Experience ; )

They want their people to hear a message that will inspire people to work together more effectively, to improve trust, to appreciate the differences and unique talents of those around them, and to take ownership of team results. 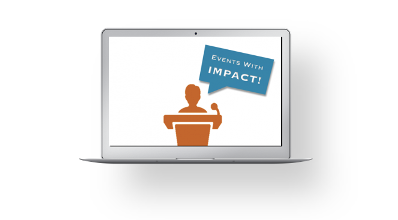 Event planners also sometimes want me to say from stage what they know their people need to hear but would be difficult for the management to deliver.

READ  How to Increase attendance and engagement and impact at your next conference!

And whether it is an IN-PERSON event or a LIVE-ONLINE VIRTUAL TEAMWORK KEYNOTE, they want to be sure that the message is UNDERSTOOD, REMEMBERED, AND INFLUENCES CHANGES in team behaviors to improve the team’s performance.

You likely want the same for YOUR team after they attend a program!

But I never knew what my guys were taking away from those Thursday evening speakers.

I knew what I had heard, knew what ideas I hoped they had put in their back pockets, but was never able to get a measurable impact until my friend Tony suggested I add a simple activity to the event.

Tony was a championship coach himself – and he said that instead of just asking them to listen to the speaker, the most valuable thing I could do for them (and to have an idea of what they heard and remembered from the talk) was to ask them to write down EVERYTHING they could remember later that night – and then to turn it in to me the next day.

Education – the digesting and applying ideas – is not JUST the result of hearing or experiencing something, but requires people to reflect on and review it before they can apply it as new beliefs or behaviors.

The first time I asked our guys to write down what they had heard, they struggled to write more than a few sentences from a 45 minute talk.  And it was a great message – but they hadn’t been asked to focus and to retain the ideas they were being exposed to.

READ  3 Ways to Create a Competitive Advantage for Your Team

The second time their summaries and comments were much more specific and lengthy – and you could see them listening more intently during the presentation.

And by the third and subsequent times, they were obviously engaged and the day after our visiting speaker they were turning in papers that were impressive in their thoroughness.

Even more importantly, while nobody will remember everything, it was interesting to read what each of our guys remembered individually – what they were focused on.  There were certain things that some kids were clearly moved by that others barely mentioned.

And it is the same way for the people on YOUR team!

The next time you bring in a speaker, instead of just asking them to listen, the most valuable thing you could do for them is to ask them to write down EVERYTHING they could remember later that night – and then to turn it in to you the next day.

You could just ask them to write down the 5-7 KEY TAKE-AWAYS they recall.

Then compare the responses…

The activity will force them to review and reflect on the ideas they heard – and you will have a record of the measurable impact the program had on their awareness and perspective.

And if you are considering bringing in someone to talk to or work with your team, and you want to ensure that the message is interactive, memorable, and has a measurable impact, I would love to discuss how a customized teambuilding message could improve your team performance!

3 Ways to Create a Competitive Advantage for Your Team

Pearls of Wisdom and Growth are the Result of Irritating Coworkers

What is the first Hartford Fringe Festival, exactly? So. Much. Theater.

Jeffrey Kagan-McCann grew up in the Hartford area, doing theater projects throughout the state. Then he moved to Seattle, where he discovered...
Read more
Festival

Kamala Harris – Caricature by DonkeyHotey, licensed under CC BY-SA 2.0/Original They’re not coming for your guns, we’re told. No, they are, and at least...
Read more