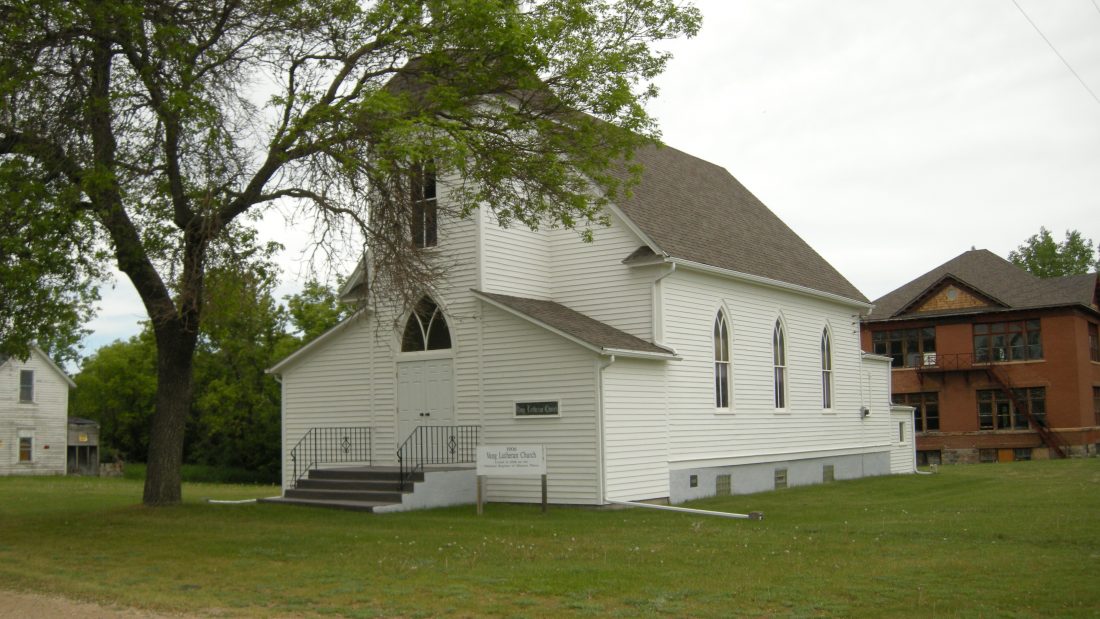 The Manfred school, which is being renovated, is located behind the Vang Evangelical Lutheran Church.

MANFRED – Visitors to the little village of Manfred might feel like they are going back in time.

The whole town, which is located nine miles east of Harvey on U.S. Highway 52, is a museum that preserves a slice of early to mid-20th century Midwest Americana.

Visitors are invited to celebrate the town next weekend with the second annual Manfred Pioneer Festival on Saturday, July 13.

According to a press release prepared by intern Lindsey English, the festivities will begin at 1:30 p.m. that day.

There will be a “standing still parade” featuring antique cars and machinery. 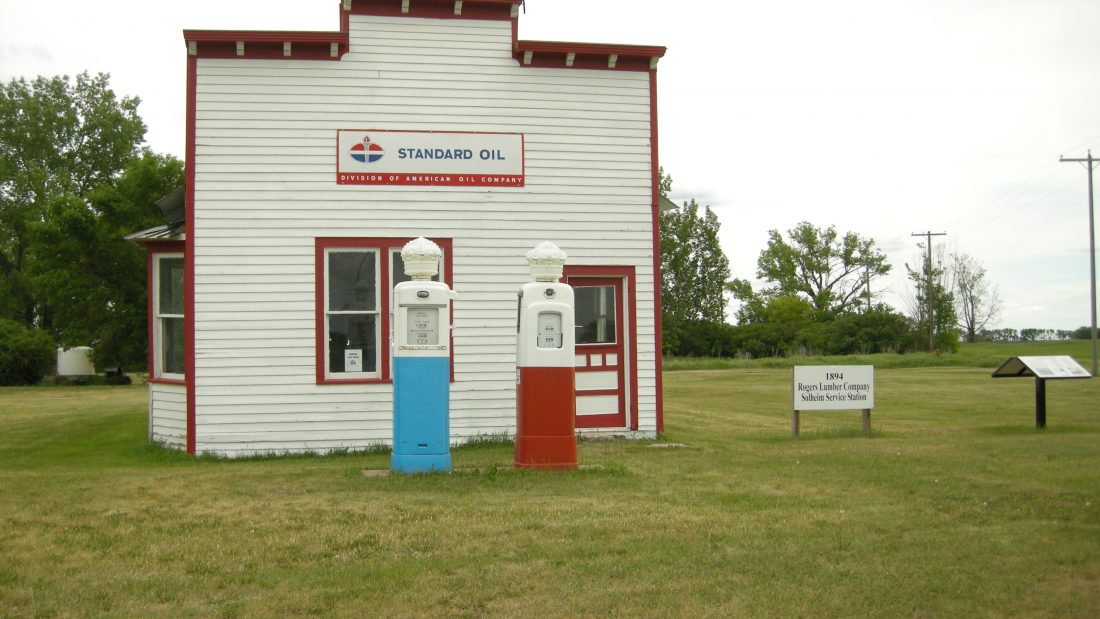 The exterior of the Standard Oil Gas Station in Manfred has been fixed up, but visitors cannot go inside the building.

Visitors will be able to play old-fashioned games such as gunny sack and three-legged races and lawn games such as croquet and kubb. Kubb is a game that requires participants to knock over wooden blocks by throwing batons at them – sort of a combination of bowling and horseshoes.

There will also be demonstrations of typical pioneer skills such as blacksmithing, spinning and weaving and knitting.

Manfred History and Preservation Inc. will serve ice cream and water to people attending the festival during the afternoon.

At 5 p.m. that day there will be a run/walk. Proceeds will benefit the St. Aloisius Long Term Care Center in Harvey.

At 7 p.m., there will be a hoedown by the town school, which is in the process of being renovated. 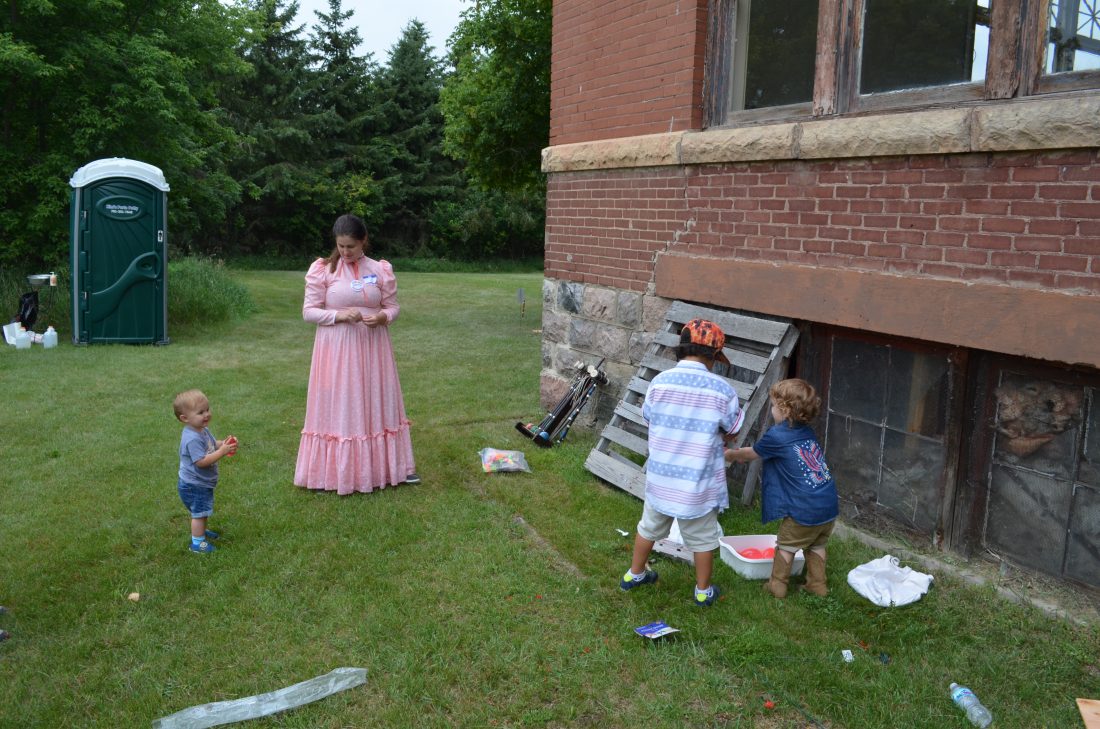 About 150 people attended the Pioneer Festival in Manfred last year. The second annual festival will be held on Saturday, July 13.

People will also be able to walk around the town and view other historic buildings, which includes the historic Vang Evangelical Lutheran Church, dating back to about 1906. The interior of the school house, which was converted into a single-family residence for a time after it was closed and was later used for storage, is being renovated and will one day look like it did when it was built about 1910.

The entire village was listed in the National Register of Historic Places in 2017. A listing does not prevent owners from making alterations or selling property or require that it be open to the public, but it does give a property prestige and makes it eligible for certain preservation financial incentives, according to past reports.

The festival will give the members of MHP Inc. a chance to show off the museum. 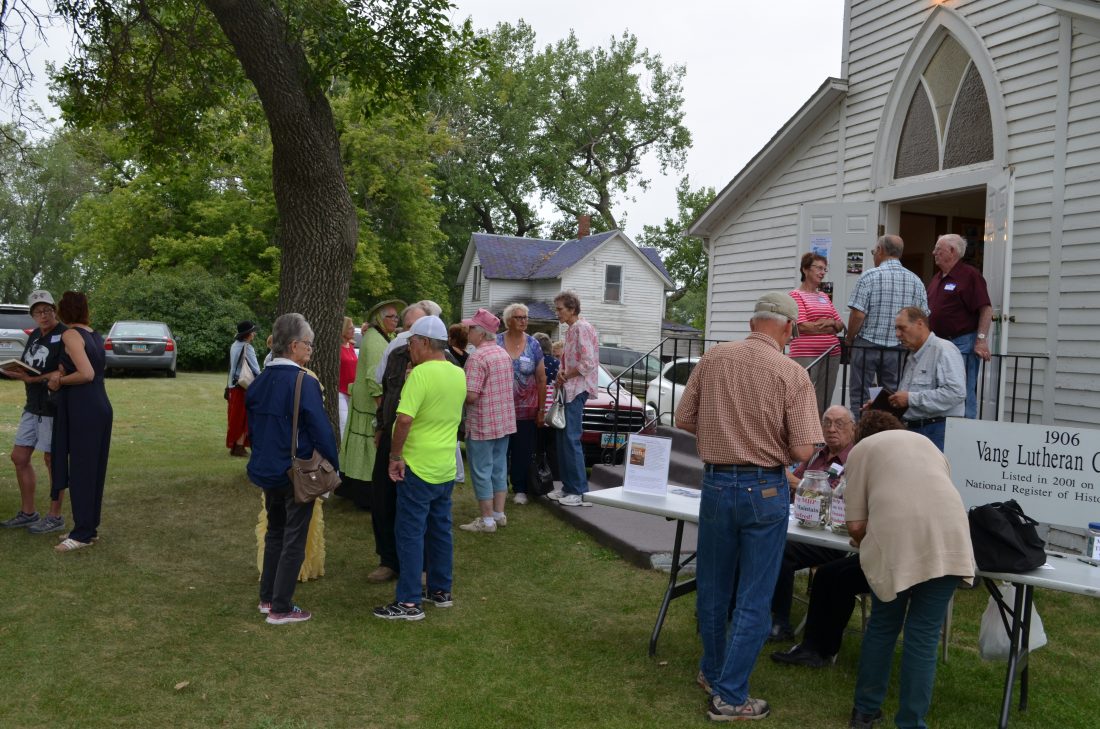 There will be fun games at the Manfred Pioneer Festival for children. Last year, a number of children had fun at the event.

“We invite the community to come and experience the history of early settlers,” said Melchert, who recently moved to a farm near Manfred with her husband. “Early settlers’ determination and resolve should inspire current and future generations in their lives.”

Only a handful of people live in Manfred year round. Melchert said Manfred History and Preservation Inc. members do their best to be considerate of regular residents, who might see visitors pull up to walk through their town on weekdays.

There is no admission charge for the event, but donations are welcome, according to the press release. Parking assistance will be available. Registration tables will be at the Manfred School and Melby-Rogness House (museum headquarters). Working outhouses will function as port-a-potties. The festival will continue rain or shine; some activities will be moved indoors if weather is poor.

Regular museum hours are 10 a.m. to 4 p.m. Tuesday through Saturday. The museum is closed on Sundays and Mondays. Admission to the museum is free.

There will be fun games at the Manfred Pioneer Festival for children. Last year, a number of children had fun at the event.

About 150 people attended the Pioneer Festival in Manfred last year. The second annual festival will be held on Saturday, July 13.

The Manfred school, which is being renovated, is located behind the Vang Evangelical Lutheran Church.

The exterior of the Standard Oil Gas Station in Manfred has been fixed up, but visitors cannot go inside the building.

Ashton Gerard/MDN
A crowd gathers around a tent where Jeff Lutz is camped at Magic City International Dragway Saturday. Lutz will be back at the track again today. Races start at 10 a.m.

BRYA INGRAM/STUFFJohnny Joseph wears a face full of dessert after finishing his pavlova in record time.Being covered in meringue and whipped cream is...
Read more
Festival

Over the weekend, the Biden campaign, showing the courage that is sure to get the United States carpet-bombed should he be elected president...
Read more