The coronavirus may have implemented border restrictions in countries all over the world, but music, and the love and celebration that surrounds it, are not getting stopped in their tracks.

As a testament of that, Okinawa – home to some of today’s successful rock acts such as MONGOL800 and Orange Range – will be bringing to life the Music Lane Festival Okinawa 2021, a Japanese music festival held in both virtual and physical forms. Happening over the third weekend of next year, on 16 and 17 January, the event will be showcasing artist performances, alongside an international music conference called the Trans Asia Music Meeting 2021. 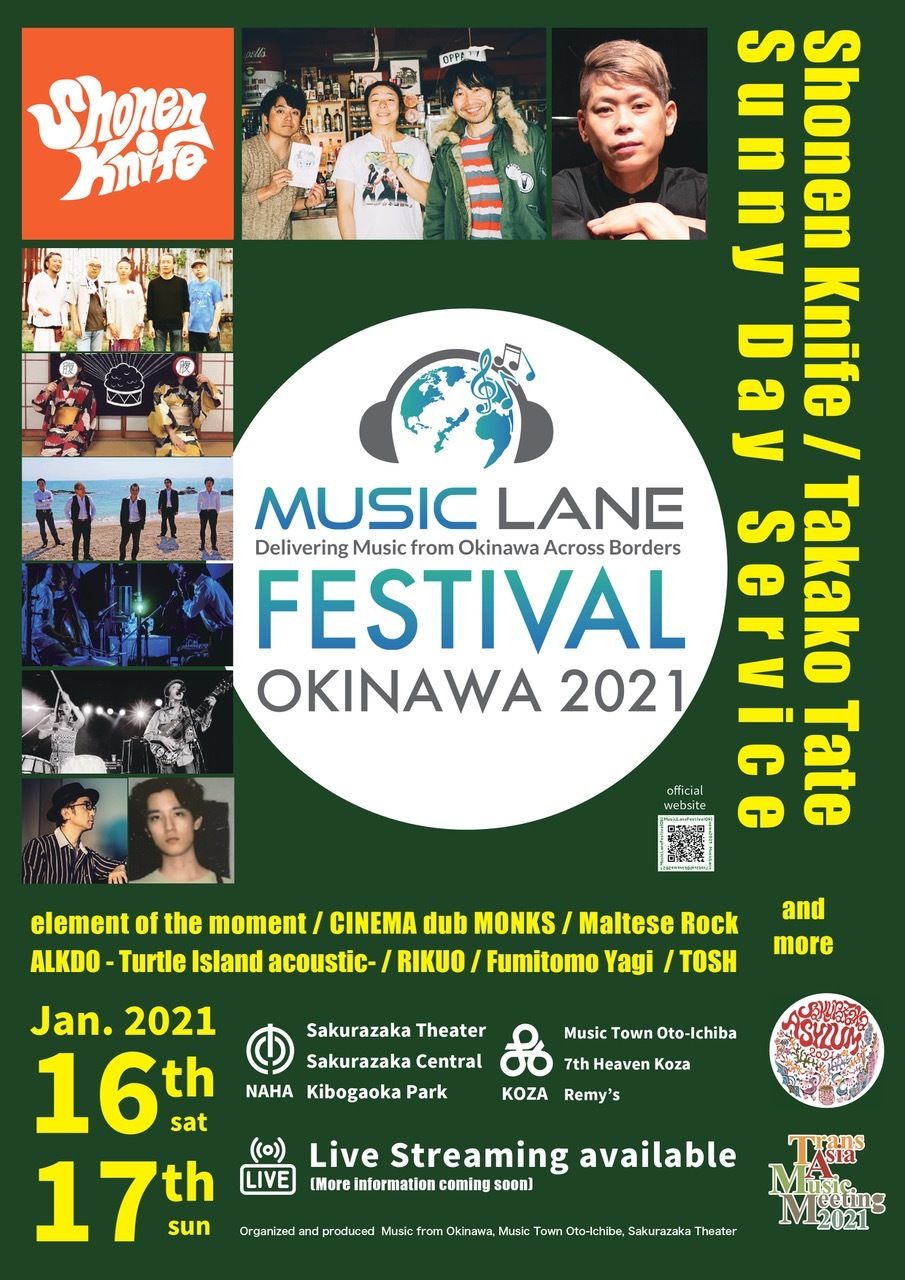 18 artists had been announced to be part of the first lineup of Music Lane Festival Okinawa 2021. They include the likes of Shonen Knife, an all-girl alternative rock band who will be making their Okinawa debut, Sunny Day Service, a Japanese trio who will be uniting for the first time since 23 years ago, element of the moment, a fast-rising jazz sensation from Okinawa, as well as Takako Tate, ALKDO-Turtle Island Acoustic-, CINEMA dub MONKS, RIKUO, Maltese Rock, Fumitomo Yagi, and TOSH.

READ  Taylor Swift announces she's launching her own festival in 2020

Taking place in different locations, the various performances and programmes will be woven together through live-streaming, which will remain free of charge for international audiences. These venues will also come together with another music festival, Sakurazaka ASYLUM, which has been gracing the scene annually since its inaugural edition in 2007.

Last year, the fifth annual Trans Asia Music Meeting at Sakuraza ASYLUM was attended by the likes of The Bassons, The Sakishima Meeting, and ALKDO from Japan, DeerMX, a Mexican band based in Hong Kong, on top of Goonam from Korea and PYRA from Thailand.

Further information and details of Music Lane Festival Okinawa 2021 will be announced at a later date. Regular tickets are available at ¥4,000 (US$38.44) here.

Stay tuned to Bandwagon for updates.

The Breeders, Talib Kweli to perform in REO TOWN

Halifax’s inaugural AfterWords Literary Festival aims to be a source of...