SAINT JOHN – New Brunswick director Greg Melanson’s first feature-length film, Both Sides Of The Gun, has been selected to participate in the JETS Initiative, an annual international pitching competition held by the Berlin International Film Festival.

“I’ve had this story in my head for so long and it feels very vivid and real, it’ll be really something else to start bringing it to real life,” said Melanson.

Melanson was born in Saint John and pursued directing after graduating from UNB Fredericton in 2010, where he directed short films with the New Brunswick Film Co-Op in 2010 and 2011.

He then moved to Vancouver and worked with the Vancouver Film School on several smaller projects and music videos. Melanson is also the CEO and founder of narrative storytelling company, Storylance Inc., which helps identify the story at the heart of a business or brand and create accompanying visual content.

Both Sides of the Gun is a crime film based on an idea Melanson had when he was in high school, about a recently exiled mobster whose life begins to fall apart.

The film is being produced by Rachelle Chartrand and her production company, My Precious Pictures, which premiered its first feature film, Chained, at the 2020 Vancouver Film Festival last November.

“It’s been something that I’ve been seeking for a really long time to find a producer who is interested, but also believes in me as well as the story, and the storytelling capabilities that I bring to the project,” he explained. “I believe it couldn’t be a more perfect match.” 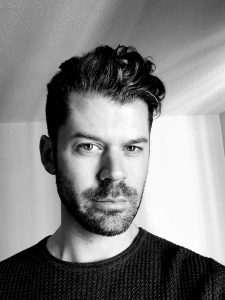 The JETS Initiative is one of the first pitches Chartrand applied to on behalf of Both Sides Of The Gun. The initiative, currently in its fifth edition, brings together emerging producers and directors with international producers, sales agents, financiers and distribution companies.

“I see it as an opportunity for us to start to really get people on board this project,” said Melanson, adding the initiative lets them get people excited about the film and show why it would be a successful, marketable project.

“It’s very exciting to have an opportunity to bring this project in front of some substantial names who can help us with the momentum going forward.”

Due to the Covid-19 pandemic, the pitching initiative will be held virtually this year instead of in Berlin. Both Sides Of The Gun is one of six Canadian projects in the initiative, along with projects from Ireland, South Africa, Germany, UK and Norway (27 in total).

At the end of the event, six to 10films will be selected by a jury and considered for potential funding.

“It’s something we can put on the name, as we are seeking financing, as a winner of this competition,” he said. “Everything is leveraged really in the game of trying to get a film made. People who are financing will want to submit that it is getting noticed, so to me, that’s a really big part of it.”

Both Hands Of The Gun to tentatively set to shoot in and around Vancouver this spring and Melanson and Chartrand have plans to submit it to various film festivals.

“I always thought I would love to shoot in Saint John, I think would be the perfect location for it,” he shared, but he’s realistic about the slim possibility about filming in New Brunswick.  “They don’t have a tax credit anymore, so it makes it harder to film there and be able to get the most out of your budget.”

Despite the province’s discontinued tax credit Melanson is effusive about New Brunswick’s film community and talent coming out of the province, including fellow director Gillian Acreman and her film Queen of the Andes, which premiered at the FIN Atlantic International Film Festival last year.

“I love the community in New Brunswick for making films, I’m so grateful that I learned how to make movies in New Brunswick with the film co-op in Fredericton,” he said. “What I would love to do is create a successful film and then have actual leverage and opportunity to bring something back to New Brunswick, which I absolutely want to do.”

Well here we are today stuck in a limbo over who will be declared the winner of the presidential race. What’s very clear...
Read more