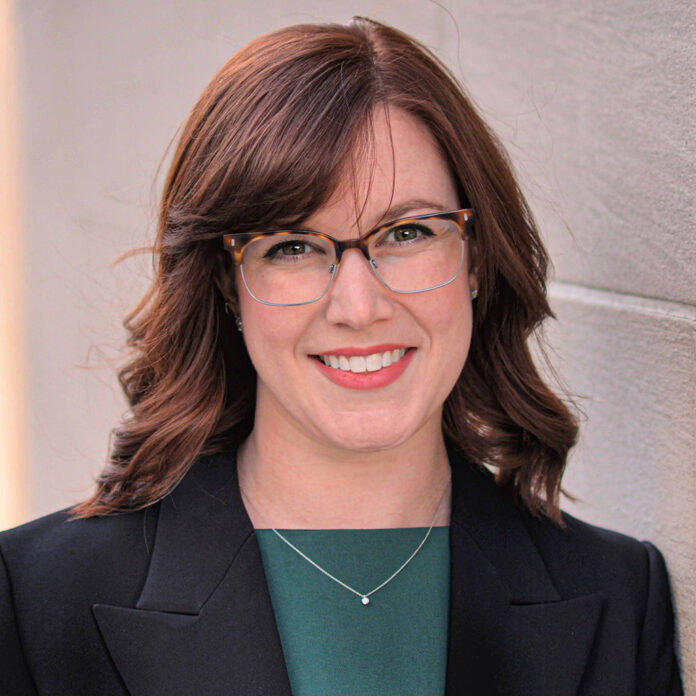 The board of directors of the Newport Music Festival announced on Sunday that it has appointed Gillian Friedman Fox as the organization’s new executive director. During her recent and much-celebrated tenure at the Dallas Symphony Orchestra, Fox received critical acclaim for curating innovative and thought-provoking classical music performances and programs. Fox will usher in a new era for the festival as it enters its 53rd season in 2021.

“We are so excited to welcome Gillian to our beloved Newport Music Festival. She brings a fresh perspective and new ideas along with a veneration for the traditions of our 52-year-old festival. She will be a fantastic addition to the Aquidneck Island community,” said Suzanna Laramee, NMF board president in a statement. “The board and I look forward to working with her, and together we will forge an exciting future for the festival.”

“During our search, we met with more than 30 talented arts professionals from around the globe. However, only Gillian arrived with such a comprehensive understanding of the Newport Music Festival’s legacy and just how much the festival means to our community,” said Leslie Hogan and Melissa Fairgrieve, NMF search committee co-chairs in a statement. “She also laid before us a path to a future filled with incredibly collaborative ideas and programs that we knew would excite and energize our staff, partners and patrons, and position us to attract broader audiences for decades to come.”

In her most recent role as Director of Contemporary & SOLUNA Programs at the Dallas Symphony Orchestra, Fox has received national attention for curating programs featuring cutting-edge visual and performing artists in critically acclaimed world premieres. Her genre-defying programming has received rave reviews for “bridging the gap between classical music and contemporary culture,” according to Forbes.com, and “admirably erasing borders between artistic disciplines as well as between notions of high and low culture,” as The Daily Beast noted.

Under Fox’s leadership, SOLUNA expanded from a Dallas-based event to a nationally recognized festival, and attendance grew each year, bringing classical music to a broader and more diverse audience. In her time at the helm, the festival presented 31 world premieres, nine Texas premieres and commissioned 25 new works. She has curated and produced works by Bang on a Can All-Stars, Terence Blanchard, Du Yun, Kronos Quartet, Sō Percussion and Julia Wolfe.

Prior to working for the Dallas Symphony Orchestra, Fox had a successful tenure with management companies including Columbia Artists Music. Through her time as an agent Fox became known for her robust network of artist managers and fellow presenters, informing her curation and co-commissioning of new works. She is a proud alumnus of the University of Rochester, a member of the APAP Emerging Leadership Institute and served on the Western Arts Alliance 35Below committee.

“I am thrilled to join the Newport Music Festival. I look forward to working with the festival’s board, staff and partners to present artistically excellent, dynamic and collaborative programs that reflect the expanding landscape of classical music and celebrate the innovative work of contemporary composers,” said Fox in a statement. “The decades-long history of the Newport Music Festival is the perfect launching point to expand the festival’s reach and offerings for the audiences of tomorrow.”

Fox will move to Newport with her husband, Michael, and their dog, Penelope, later this fall and will begin her tenure at the festival on January 4, 2021.

In times like these, What’s Up Newp supporters are making what we do POSSIBLE.

If you value the news, information, coverage, and journalism that What’s Up Newp provides, please consider supporting our locally owned, independent newsroom today by becoming a What’s Up Newp Supporter (it takes just one minute and you can choose the amount and frequency).

Thank you for reading and for your support!

A rightly-frustrated President Trump said it best, in the wee hours of this morning: “We were winning everything, and all of a sudden...
Read more
Festival