Konark: Audience saw some dazzling performances by Odissi and Kathak artistes on the final day of Konark Dance Festival on Saturday.

On the concluding day, the fest opened with ‘Mangalcharan’ dedicated to Lord Sun, the presiding deity of Konark by the senior artists of Bhubaneswar-based Guru Kelu Charan Mohapatra Odissi Research Centre.

It was followed by ‘Shankaravarana Pallavi’ and ‘Krushna Gatha’ on the compositions of Guru Kelucharan Mohapatra and Guru Bhubaneswar Mishra.

Aditi Mangaldas & Group from Delhi-based Distrikona Dance Foundation opened their Kathak classical rendition with ‘Ganesh Stuti’, depicting love as devotion. It was followed by ‘Kathak Triveni’ which was based on musical composition on the amalgamation of three rivers.

The concluding rendition in Kathak was changing landscape– love as passion which kept the audience glued to their seats on the last day of Konark Dance Festival.

“I had thought that the decorations here would not be grand like every year in view of the pandemic. However, I was surprised to see the arrangements and feel very happy to be part of the event. I am proud of Odisha and its culture,” said Soni, a tourist from Bhubaneswar.

“I had performed in Konark Dance Festival earlier many times but this year was a different one. This is one of the biggest cultural festivals of the country and I am proud to be a part of it,” said an Odissi dance, Sagarika Mohapatra.

On the other hand, around 70 artists from different states and within the state spread awareness on Covid-19, environmental and climate change issues, preservation of heritage through their sand sculpture during the five-day International Sand Art Festival on the pristine Chandrabhaga beach of Konark.

On Saturday, the participant created some breathtaking sculptures depicting the rich cultural heritage of Odisha.

Sand arts paying tributes to the Indian Navy on the occasion of Navy Day on December 4, besides other creations on fair and festivals and Eco Retreat Odisha were also seen during the event. 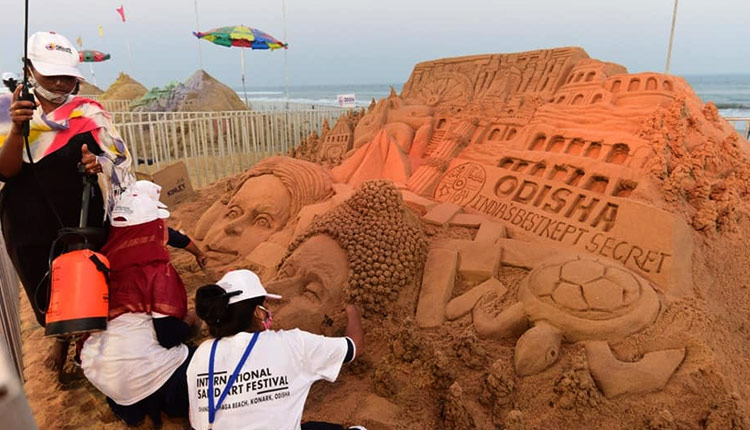 ORLANDO, Fla. – SeaWorld Orlando’s Seven Seas Food Festival is back with over 180 mouthwatering options for guests to consume during the three-month-long...
Read more
Festival