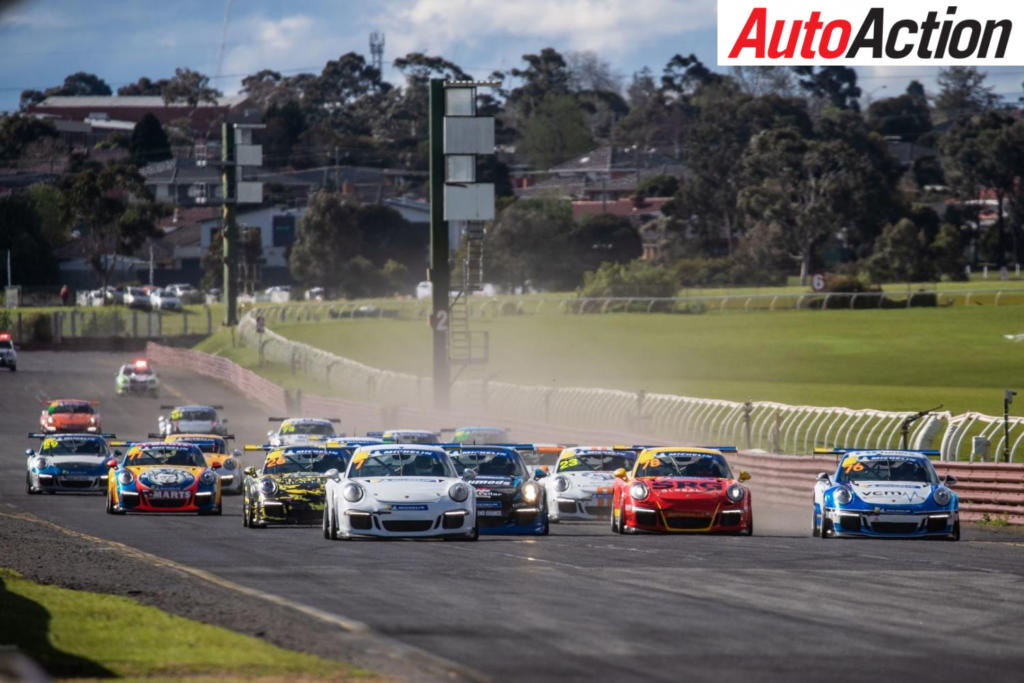 Motorsport Australia has confirmed that its planned Sandown back-to-back meetings will become one, which will be headlined by a combined Porsche category.

Supported by the MG Car Club of Victoria, the December 12-13 event is yet to confirm further categories, but contenders from the Porsche Carrera Cup Australia and Sprint Challenge will compete in the same races for the first time.

Four classes split between the usual Professional and Amateur will be contested between each category.

The announcement comes after the Victorian Government eased travel restrictions by removing the 25km limit and opened up metropolitan Melbourne to the regional areas.

Motorsport Australia director of motorsport and commercial operations Michael Smith is excited to get the event underway after the tough year Victoria has endured.

“With restrictions starting to ease in Victoria, we’re seeing a number of events planned for November and December including this brand new concept, the Shannons Motorsport Australia Festival,” Smith said.

“It will be very similar to a typical Shannons Motorsport Australia Championships round, however the focus will be on celebrating the best of Victorian motorsport.

“Of course it won’t just be limited to Victorians should border restrictions be relaxed in the lead up to this event.

“We’re really excited to be working with the MG Car Club of Victoria, as well as Troy Bundy and the team at Porsche Cars Australia to put on a sensational event.

“On behalf of everyone at Motorsport Australia, we’d also like to thank our event partners, Shannons Insurance, Morris Finance, Burson Auto Parts and Michelin for their continued support throughout 2020.

“This December event will be a fantastic way for us all to end the year on a high, ahead of our six round Shannons Motorsport Australia Championships season in 2021.”

As the German sports car manufacturer reaches a key milestone down under, Porsche Cars Australia director of marketing and motorsport Toni Andreevski revealed Sandown was an excellent opportunity to launch its commemorations.

“As we approach the 70-year anniversary of Porsche Cars in Australia, we felt this was a great way to kick-off our celebrations of this milestone with both Porsche enthusiasts and our motorsport customers,” Andreevski said.

Motorsport Australia are providing spectator and ticketing information at motorsportaustraliachampionships.com.au. There will be no livestream, but the event will be extensively covered on social media.

For more of the latest motorsport news pick up the current issue of Auto Action. Also make sure you follow us on social media Facebook, Twitter, Instagram or our weekly email newsletter for all the latest updates between issues.

Get ready for fear factor at Dundee film festival

Fans of creepy cinema are in for a scare at this year’s Dundead film festival, which has unveiled its line-up. The annual festival is...
Read more
political events

A music festival in Detroit is taking a novel approach to ticket prices. And also to race. The young folks’ AfroFuture Fest is offering...
Read more