The Azzurrini will play the defending champions on the opening day of fixtures, on Saturday 13 April at Gillman’s Ground, Hartpury, before they face France and Sixways and Wales at Kingsholm to round off the tournament.

The Italians lost to Wales and were edged out by Ireland but notched an impressive win over England in last year’s competition.

Italy faced France in their first Test match of the season on 29 March, where second-half scores from Stephen Varney, Simone Gesi and Filippo Drago – all of whom made Dolcetto’s squad – weren’t enough to force a dramatic comeback as they fell short in a 34-22 defeat against France. 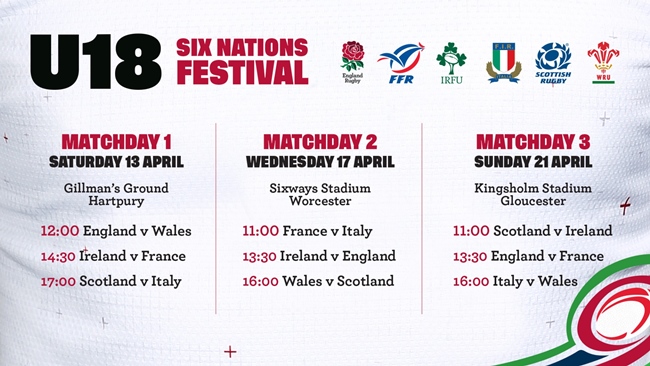 Each of the six countries will play three games in the tournament, which comes to an end on Sunday, April 21, at the home of Kingsholm, where Varney plies his trade with Gloucester Rugby.

One of two players based outside of Italy – the other being Luca Filippo Gruttadauria, who plays for Toulouse – the rest of the squad are selected from across the country’s domestic pyramid.

Two others to watch will be Riccardo Favretto and Tommaso Menoncello, both of whom are based at Italian giants Benetton.

The Mayor of Derry City and Strabane District Council has extended the warmest of welcomes to all those from far and near visiting...
Read more
Festival

Festival of Remembrance shrine to go up, but procession won’t happen | Arts & Theatre

PLYMOUTH, N.C. (WITN) Plymouth, North Carolina is home to about 3,800 residents. This weekend the town is expecting to see tens of thousands of...
Read more