A gunman cut through a fence and opened fire on a crowd eating and listening to music at a popular food festival in California, killing three people, including a six-year-old boy, and wounding about 15 others before police quickly shot him dead on Sunday, authorities said.

On Monday, California police were searching for a suspected accomplice of the gunman, who authorities identified as 19-year-old Santino William Legan, according to US media.

The attacker appeared to randomly target people when fired with a rifle Sunday afternoon, the end of the three-day Gilroy Garlic Festival that attracts more than 100,000 people to the city known as the “Garlic Capital of the World”, Gilroy Police Chief Scot Smithee said. Gilroy is located about 48km southeast of the city of San Jose.

The gunman sneaked in through a fence that borders a car park next to a creek. Police responded within a minute and killed the suspect, Smithee said.

Authorities declined to comment about the reports on the attacker’s identity, but said they planned to hold a news conference later on Monday.

‘He was only six’

“My son had his whole life to live and he was only six,” said Alberto Romero, the father of Stephen Romero, who was among those killed. “That’s all I can say,” Romero told San Francisco Bay Area news station KNTV.

The boy’s grandmother, Maribel Romero, told Los Angeles station KABC-TV that she searched several hospitals before learning he had died. She said he was “always kind, happy and, you know, playful”.

The other victims included a 13-year-old girl and a man in his 20s, police said on Monday.

READ  Whoopie pies are so good, they get their own festival in central Pa.

The wounded were taken to multiple hospitals, and their conditions ranged from fair to critical, with some undergoing surgery. At least five were treated and released.

The Gilroy Garlic Festival features food, cooking contests and music. It’s a decades-old staple in the agricultural city of 50,000, about 176km southeast of San Francisco. Festivalgoers pass through metal detectors and their bags are searched at the event. 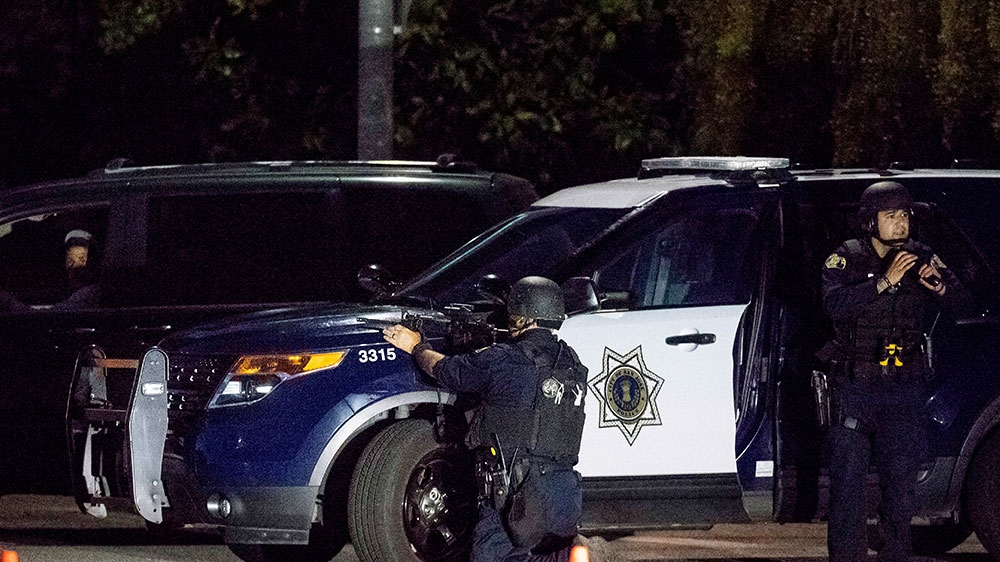 The band TinMan was starting an encore Sunday when the shooting started. Singer Jack van Breen said he saw a man wearing a green shirt and grayish handkerchief around his neck fire into the food area with what looked like an assault rifle. He and other members of the band dove under the stage.

Van Breen, from nearby Santa Clara, said he heard someone shout: “Why are you doing this?” The reply: “Because I’m really angry.”

The audience began screaming and running, and the five members of the band and others dove under the stage.

Bandmate Vlad Malinovsky said he heard a lot of shots and then it stopped. Later, law enforcement told those hiding to come out with their hands up.

Donna Carlson of Reno, Nevada, was helping a friend at a jewellery booth when “all of a sudden it was pop, pop, pop. And I said, ‘I sure hope that’s fireworks.'” She got on her hands and knees and hid behind a table until police told her it was safe to leave.

“We express our deepest sadness and sorrow for the families who lost a precious loved one in the horrific shooting last night in Gilroy, California,” Trump said before an event at the White House.

In a tweet, California Governor Gavin Newsom called the bloodshed “nothing short of horrific” and said he was grateful for the police response.

Who is Santino William Legan?

Legan, the 19-year-old identified in news reports as the gunman, appeared to post a photograph from the festival on his Instagram account shortly before the shooting accompanied by disgruntled captions. The account only appeared to be a few days old, and was deactivated at some point on Monday morning.

“Ayyy garlic festival time,” he wrote in the caption to the picture of people walking through the festival grounds. “Come get wasted on overpriced s***.”

Another photograph posted on Sunday showed a sign warning of a high danger of forest fires. Its caption urged people to read “Might is Right”, a racist and sexist treatise written by the pseudonymous author Ragnar Redbeard in the late 19th century. “Why overcrowd towns and pave more open space to make room for hordes of mestizos and Silicon Valley white twats?” the caption continued. 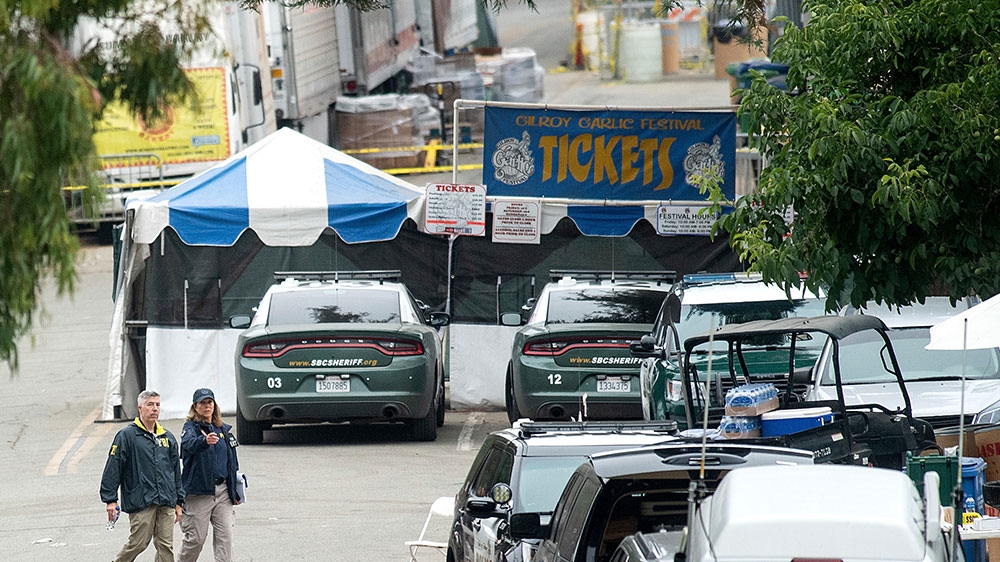 Evenny Reyes of Gilroy, 13, told the Mercury News in San Jose that she spent the day at the festival with her friends and relatives.

“We were just leaving and we saw a guy with a bandanna wrapped around his leg because he got shot. And there were people on the ground, crying,” Reyes said. “There was a little kid hurt on the ground. People were throwing tables and cutting fences to get out.”

Reyes said that she did not run at first because the gunshots sounded like fireworks.

“It started going for five minutes, maybe three. It was like the movies – everyone was crying, people were screaming,” she said.

All your life, you may have had a certain vision for your bridal party. Maybe you imagined months of planning and parties with...
Read more