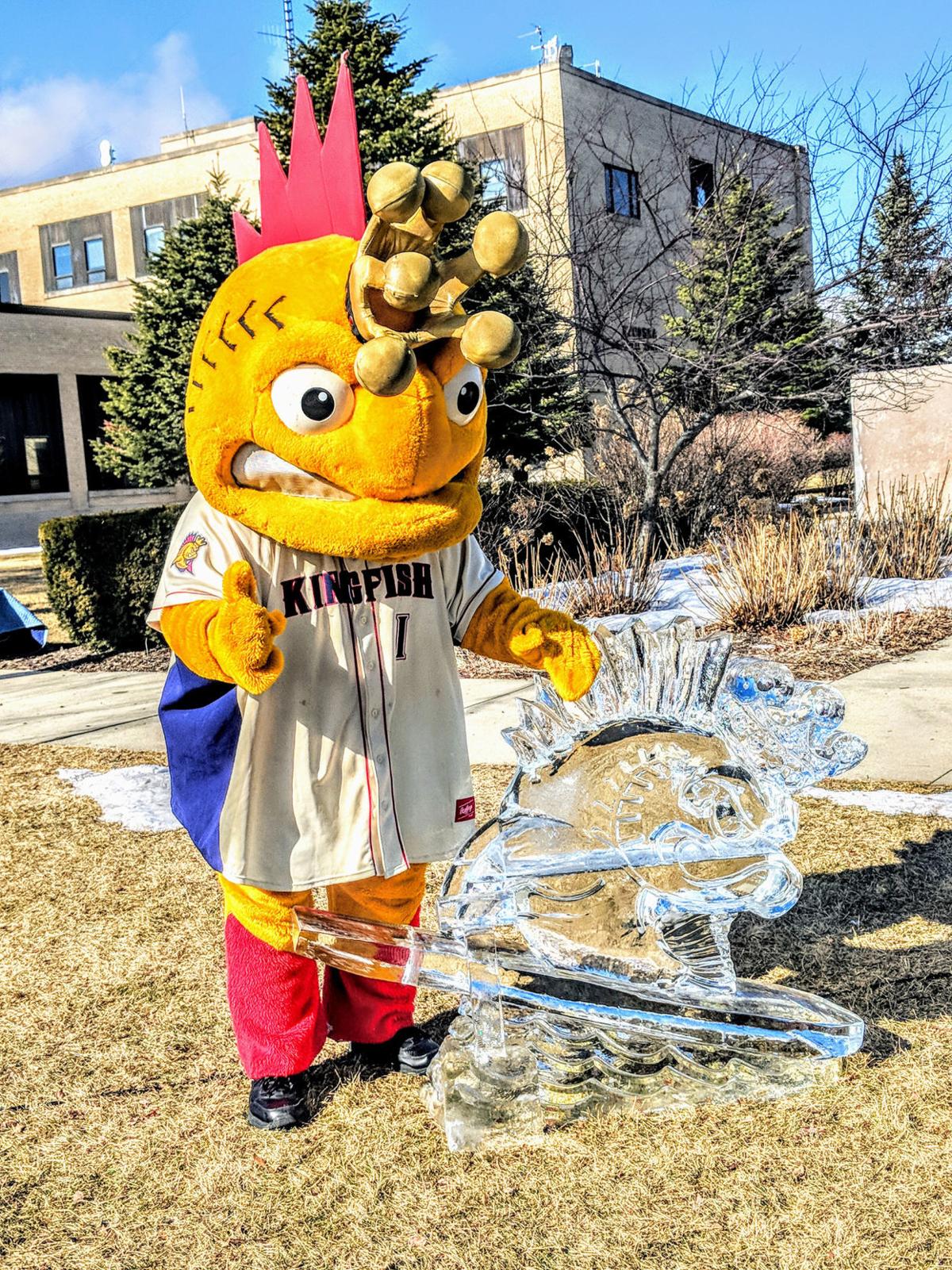 King Elvis, the Kenosha Kingfish mascot, poses next to his ice sculpture at the 2019 Snow Daze festival. The big fish is slated to make an appearance at this year’s festival, too. 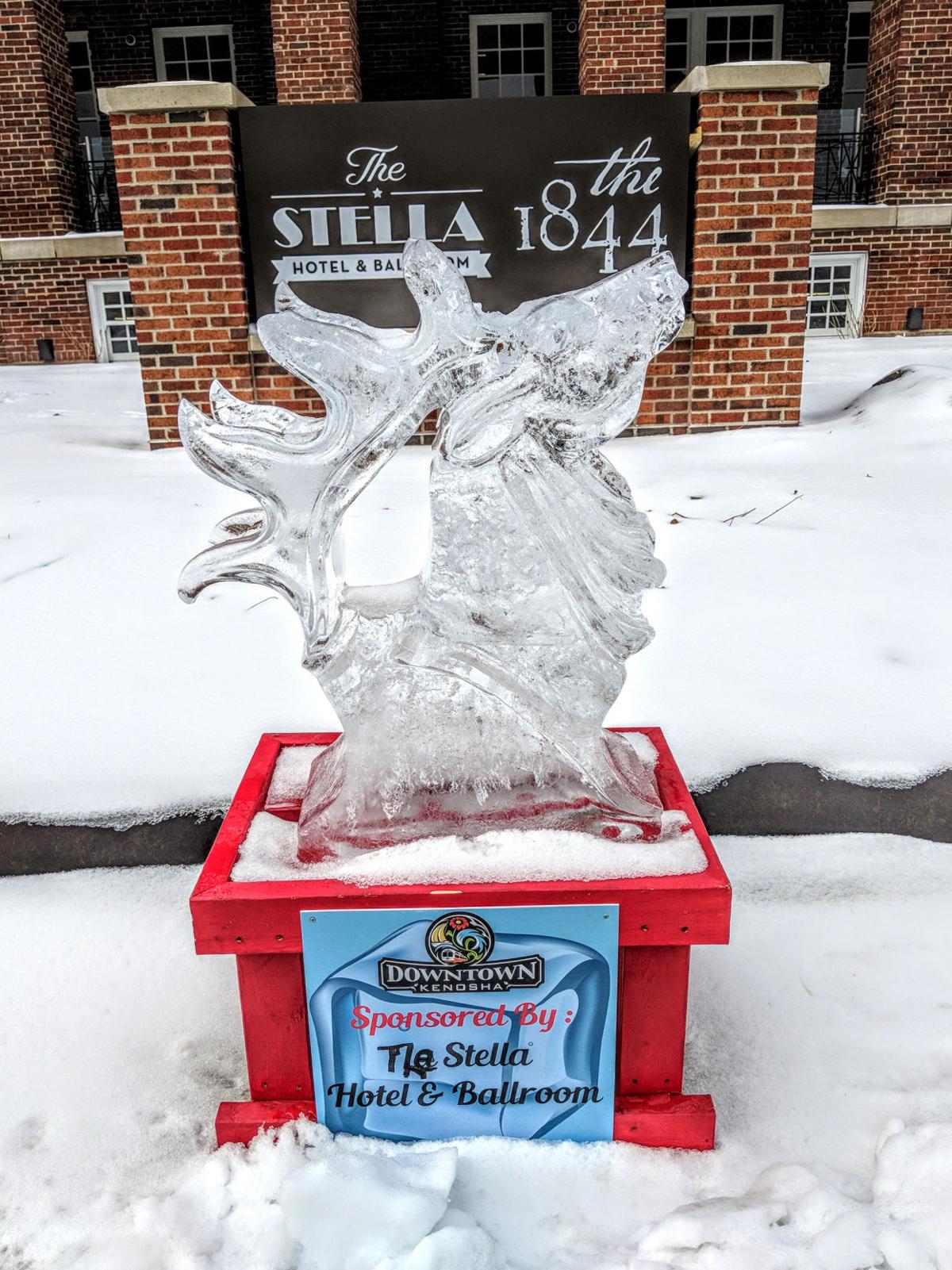 An ice sculpture of an elk stands outside the Stella Hotel & Ballroom (the former Elks Club) in downtown Kenosha in 2019. Ice sculptures are again filling downtown streets. Take a walk and find them all today.

Saturday’s weather forecast calls for partly cloudy skies, with temperatures in the low 30s and perhaps a bit of precipitation.

You might not think such a forecast in February calls for a celebration, but, then, you’re not organizing the city of Kenosha’s Snow Daze Festival.

Kris Kochman, Kenosha’s community relations liaison person (also known as the grand poobah of city-sponsored events), is thrilled to be looking forward to what she calls “a seasonal winter day.”

This is the seventh annual Snow Daze, and weather can have a huge effect on the outdoor festival, whose main attractions are ice sculptures.

In 2017, it was warm. Too warm for a festival built around ice. In true Snow Daze fashion, the show did go on, but it was a balmy 60 degrees, which quickly turned the ice sculptures into ice water.

2018 was a snowy day, which worked perfectly with the Winter Olympics theme, and even 2019’s “beach party” theme (to preview the city’s Tall Ships Festival) didn’t bring on another bout of freakishly warm temps.

This year, the theme is “Moonwalk,” to tie in with the 50th anniversary of NASA’s July 20, 1969, Apollo 11 moon landing. Sure, it’s halfway to the moon landing’s 51st anniversary, but who’s counting?

CNN Host Grills Pete Buttigieg Over His Abject Failure Among the...

Founder Of Conversion Therapy Group Comes Out As Gay