“Come early, stay late, and full yoh belly up!” was the call to action by several platform guests Friday night as they officially opened the village at St. John’s July 4th Festival.

St. John is celebrating its 65th year of carnival by honoring the members of the volunteer carnival committee, who have given their time throughout the years. This year the village is named Membersville as a tribute to them. Next year, for the first time, the festival will be organized by the V.I. Department of Tourism instead of the volunteer committee.

The Love City Pan Dragons, led by the rising steel pan-star Ronald Lee Jr., began the evening’s entertainment as the crowd gathered in Cruz Bay. Pastor Carlyle Sampson gave the blessing, and Island Administrator Shikima Jones-Sprauve sang “The Star Spangled Banner” and the “Virgin Islands March.” Then Delroy “Ital” Anthony blew the conch in memory of the committee members who have passed away. 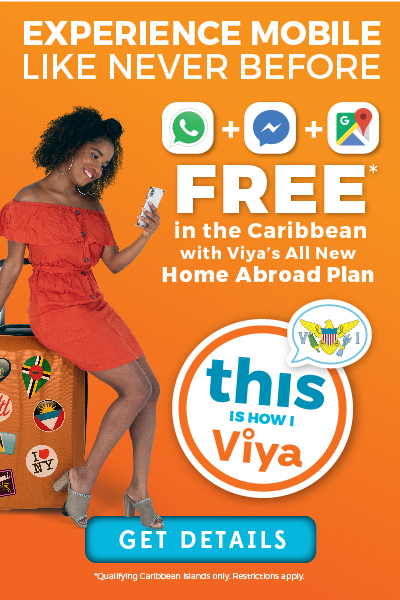 Senator Myron Jackson said, “We thank Dr. Gilbert Sprauve and the members of the committee who have worked hard to keep our heritage alive. It’s been 65 years that people first came with their baskets and donkeys to celebrate Emancipation [of the enslaved] on July 3 and then July 4th.”

“Out of the ashes we rise. Let us all remember the spirit of freedom and fire,” said Delegate-to-Congress Stacey Plaskett.

READ  Great Response Already For The Tauranga Half & Mount Festival 2021

Senator-at-large Steven Payne complimented the members of the committee and told the audience, “People come to Love City to fall in love with the people, food, and entertainment. Tell your family and friends that Membersville is the place to be.”

“We’re Number One when it comes to mas,” agreed committee member Jane Johannes, who then added some words of advice. “If you’re driving and you feel drunk, park in anybody’s yard. And if you’re feeling your legs aren’t under you, stay there. No one will miss you!”

Utah Ferguson, a retired nurse and teacher who had been living in New York, returned to St. John to celebrate carnival and find old friends, including Marcy George.

“I met up with a classmate of mine from Charlotte Amalie High School from 1954,” Ferguson said. “We’re enjoying the music, food, and friends.”

Following the cutting of the ribbon officially opening the village, the band Ish took to the stage, followed by Ah We Band, Xtreme Band, and Cool Session Brass.

Entertainment continues every night in the village through Thursday, July 4.

The children’s village, which opened Saturday night at the parking lot near the Virgin Islands National Park playground, will be open from 6 to 9 p.m. through July 4. The children’s village has been operated by members of the St. John Rotary Club for the past 10 years, said organizer BJ Harris. This year, members of the Freshwater Church are working besides them, and next year the church will take over the leadership. Volunteers are still needed for the next several evenings, Harris said.

The Village musical lineup is:

The sponsors of the festival village include, Captain Morgan’s Rum, Coors Lite, St. John Brewers, the Virgin Islands Port Authority, the V.I. Lottery, the Department of Tourism and the Water and Power Authority.

Makhanda mayor says National Arts Festival is good for everyone

The Makhanda Municipality mayor Mzukisi Mpahlwa moved to defend the National Arts Festival, hosted in Makhanda and surrounds, after claims that it was...
Read more
party invitations

Some more moderate Democrats (well, moderate by today’s standards) have been sounding the alarm on this for a while. Their presidential candidates haven’t...
Read more