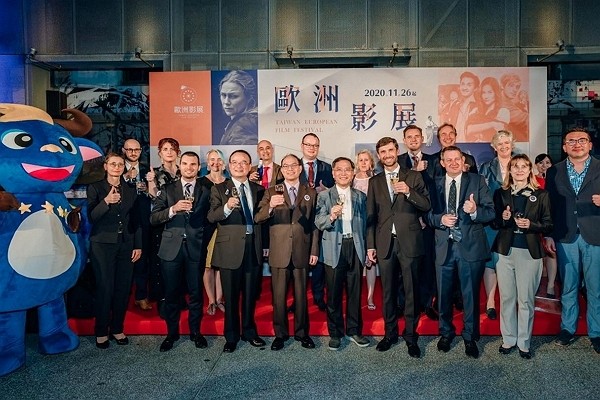 TAIPEI (Taiwan News) — Taiwan is the only country in the world to host its annual European Film Festival at indoor theaters this year, the European Union (EU) representative in Taiwan said Friday (Nov. 27).

While the coronavirus pandemic continues to wreak havoc around the world, Taiwan has managed to eliminate local infections, since April 12. The country’s successful containment of the virus has not only allowed its citizens to enjoy normal lives but also made it a popular destination for global performances and events.

During the opening ceremony of the 16th Taiwan European Film Festival (TEFF) on Friday, EU Representative in Taiwan, Filip Grzegorzewski, explained the festival is a celebration of cultural diversity and organized by European offices in different countries each year. He said all other participating countries moved their EU film events online or to outdoor spaces except Taiwan.

According to TEFF website, the film festival was initiated in 2005 and has attracted audiences of more than 180,000 people over the years. A total of 17 films selected by European offices in Taiwan will be showcased at 28 venues in 15 cities around the country.

The festival is scheduled to run from Nov. 26 through Jan. 31, 2021. All screenings are free to attend, with both Chinese and English subtitles provided. Cape Town, get ready for the Artichoke Festival

Artichokes will be turned into a range of delicious dishes at Ayama farm in the Paardeberg. Picture: SuppliedFollowing a sell-out launch last year,...
Read more
Festival

Carla Donson says when you ask most women who inspires them, they don't choose a famous person. The organiser...
Read more
political events

The Latest Trump-Ukraine “Bombshell” Is Another Dud

Welcome to the new playbook, same as the old playbook. We are about to relive the Mueller investigation all over again, where facts...
Read more