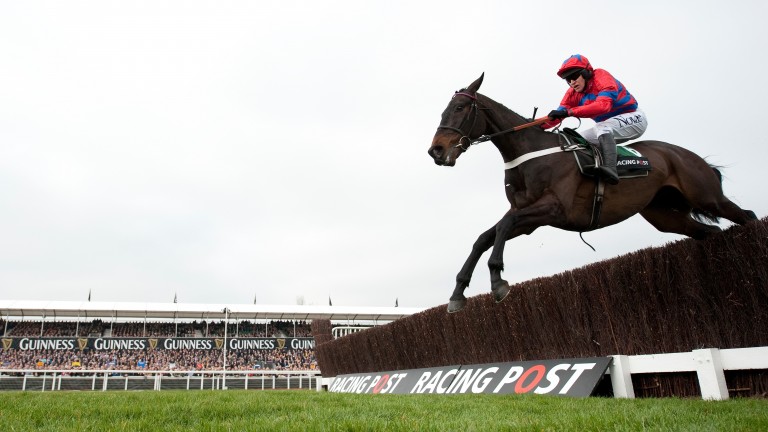 Take off: Sprinter Sacre starred in the 2012 Arkle

Nicky Henderson often says just one winner at the Cheltenham Festival alleviates all the pressure and no doubt there is truth to that. However, such is the Seven Barrows strength, one might not suffice this term and in 2012 the trainer had a magnificent seven winners. We take a look back at them.

The gorgeous gelding was beaten on his first appearance at the festival, finishing third to Al Ferof in a red-hot Supreme 12 months earlier. Switched to fences, he had enjoyed a flawless campaign, earning the nickname of ‘The Black Aeroplane’, and he soared at Cheltenham, strolling to a seven-length win from Cue Card.

At his best, Ronnie Bartlett’s grey was brilliant – him working alongside Sprinter Sacre would terrify and thrill Henderson in equal measure – and those present in the Cotswolds that day arguably saw the finest version of the ill-fated Simonsig. He travelled with his usual dash before picking up powerfully for a convincing success. 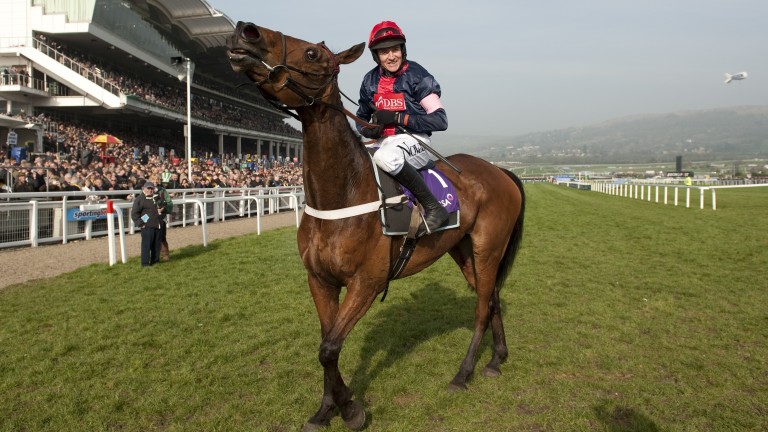 Bobs Worth and Barry Geraghty after his RSA success

Not in the same flamboyant mould as Sprinter Sacre or Simonsig, the popular Bobs Worth was the little lion who roared up the Cheltenham hill at three festivals. This RSA sandwiched his Albert Bartlett and Gold Cup strikes, and he earned it in typically gutsy fashion, using his stamina – which was his strong suit and biggest asset – to stay on best.

The fourth-fence, first-circuit fall of Wishful Thinking, who dramatically crashed into photographers behind a nearby rail, meant the obstacle had to be omitted as the last, leaving Finian’s Rainbow and Sizing Europe to duel for what seemed an eternity. They came close, but Henderson’s inmate – owned by longtime friend Michael Buckley – prevailed.

Henderson is always keen to win the race that remembers his legendary mentor Fred Winter and this year he was represented by Soliwery and unheralded French-bred filly Une Artiste, a largely dismissed 40-1 shot with a low weight. However, she kept on gamely after taking the lead late, providing jockey Jerry McGrath with his first winner at the meeting. 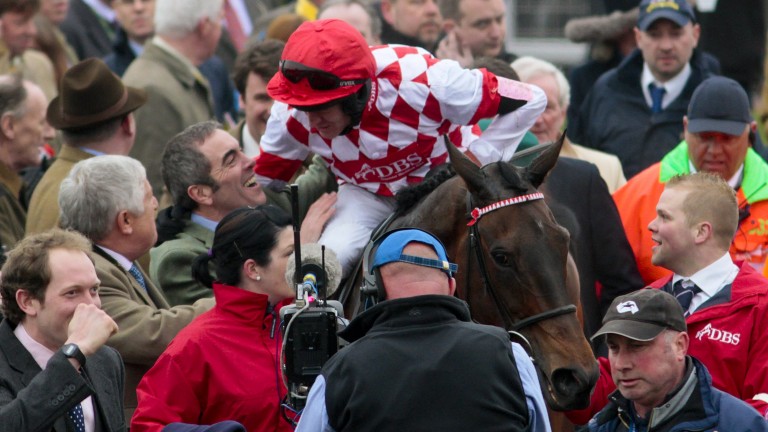 There was a touch of Hollywood, or at least the Riverside Theatre in Ulster, about this success as Cold Feet actor James Nesbitt’s classy chaser struck under an action-film ride from Barry Geraghty. Henderson groom Conor Murphy was also celebrating after landing £1 million from a bet that included Sprinter Sacre, Simonsig, Bobs Worth and Finian’s Rainbow that week.

A glorious week for Henderson could not seemingly get any better, or could it? He was floating on cloud nine after a scarcely believable six winners, but took off again when landing the race that honours his late father Johnny, a man credited with helping save Cheltenham from closure. An assist came from a typically sublime Paul Carberry hold-up ride and he saddled the second home for good luck.

Sprinter Sacre: catching up with one of the all-time greats

Did you know you can bet via the Racing Post mobile app/website? Simply sign in with your favourite bookmaker via the Accounts button and then bet direct from our racecards

From Karva Chauth to Diwali and Bhai Dooj, check out the important dates

Multiple Police Officers Have Been Shot In Philadelphia