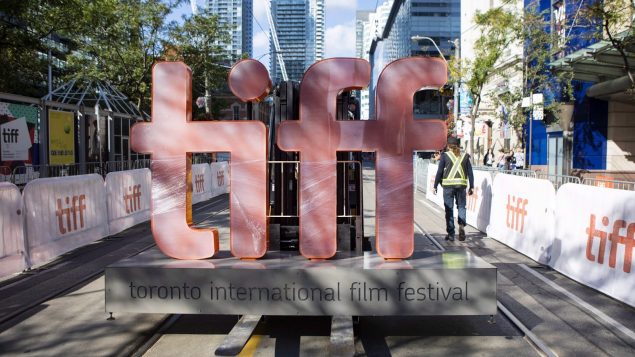 A sign bearing the Toronto International Film Festival logo is carried on a forklift down street in Toronto as preparations are made for the festival’s opening night on Sept. 7, 2017. (Chris Young/The Canadian Press)

Are you looking for some cultural nourishment after binging on Christmas turkey and treats that were supposed to be shared by the entire family if only COVID-19 hadn’t intervened in your holiday plans?

If you’re a film buff, perhaps now is the time to see what some of Canada’s best and brightest filmmakers had to offer in 2020.

And what’s a better place to start than the Toronto International Film Festival’s best-of-the-year list. The annual TIFF Canada’s Top Ten features films from some of Canada’s most important emerging and established voices.

These include feature films by Deepa Mehta (Funny Boy which is Canada’s submission to the Oscars for best international feature film), Tracey Deer (Beans), and Michelle Latimer (Inconvenient Indian).

The Nest and Possessor are currently available to rent on digital TIFF Bell Lightbox and TIFF plans to feature other Canada’s Top Ten selections in the near future, according to a press release by the festival.

A$AP Rocky, Skepta and Meek Mill will headline this year's Wireless Festival. The London event will return to Finsbury Park this summer to host some...
Read more
Festival

Watch Out for Carbs and Chemicals During Vegetarian Festival, Health Min Warns