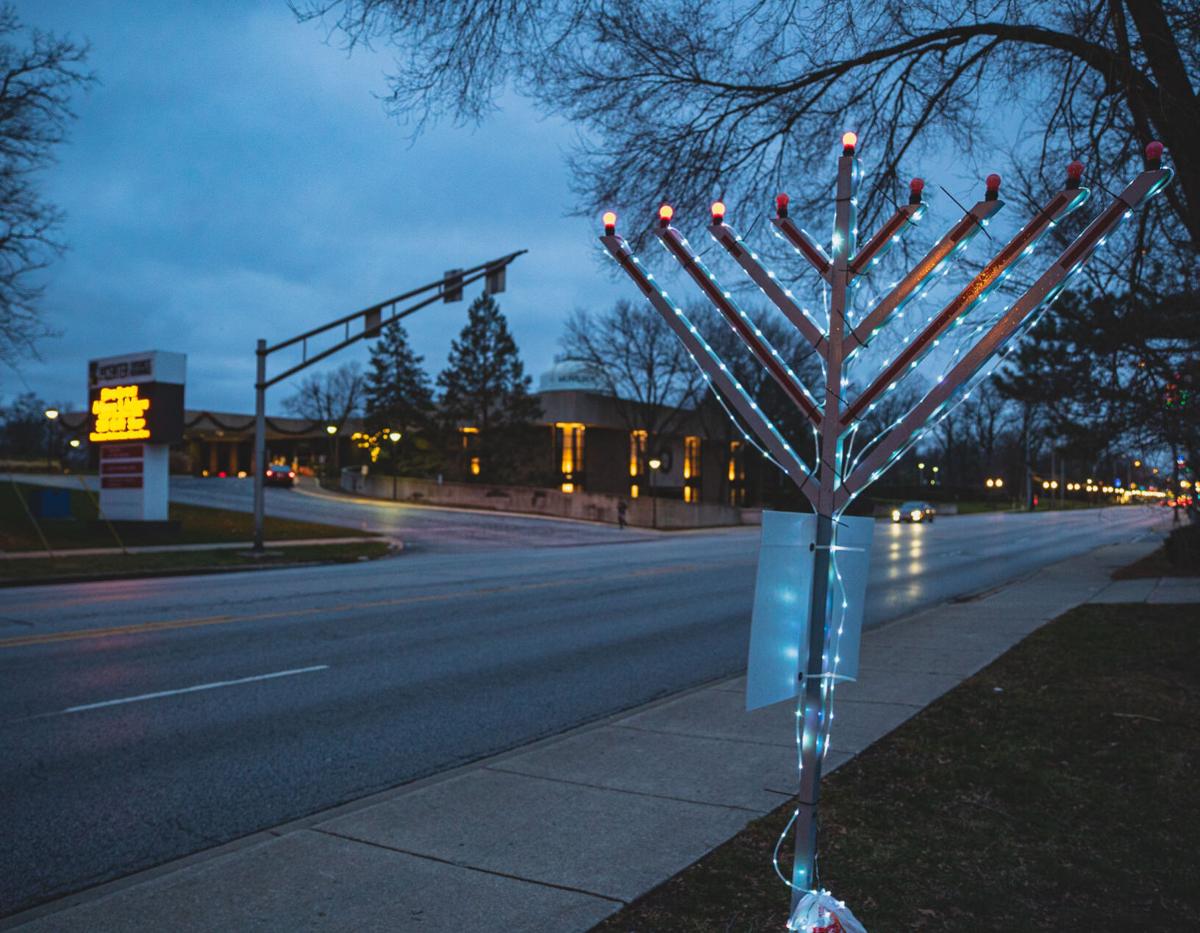 Chabad of Northwest Indiana held their drive-by Hanukkah. parade in Munster on Sunday evening. The event, which also took place on the fourth night of Hanukkah, served as a festive celebration for the holiday. 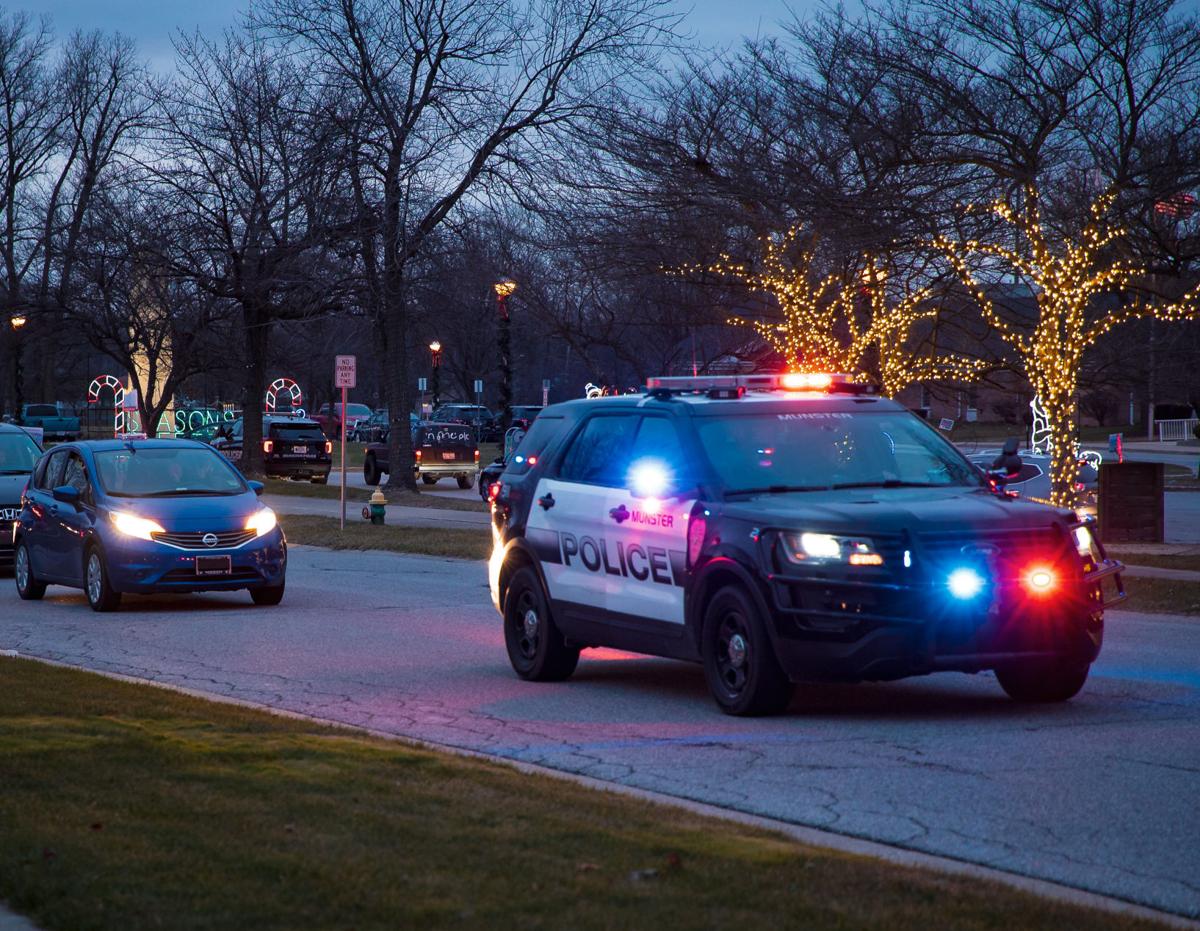 With help from Munster’s first responders, participants in Chabad of Northwest Indiana’s Hanukkah. parade drive towards Centennial Park on Sunday evening. The event concluded with festivities, which included a ceremonial menorah lighting. 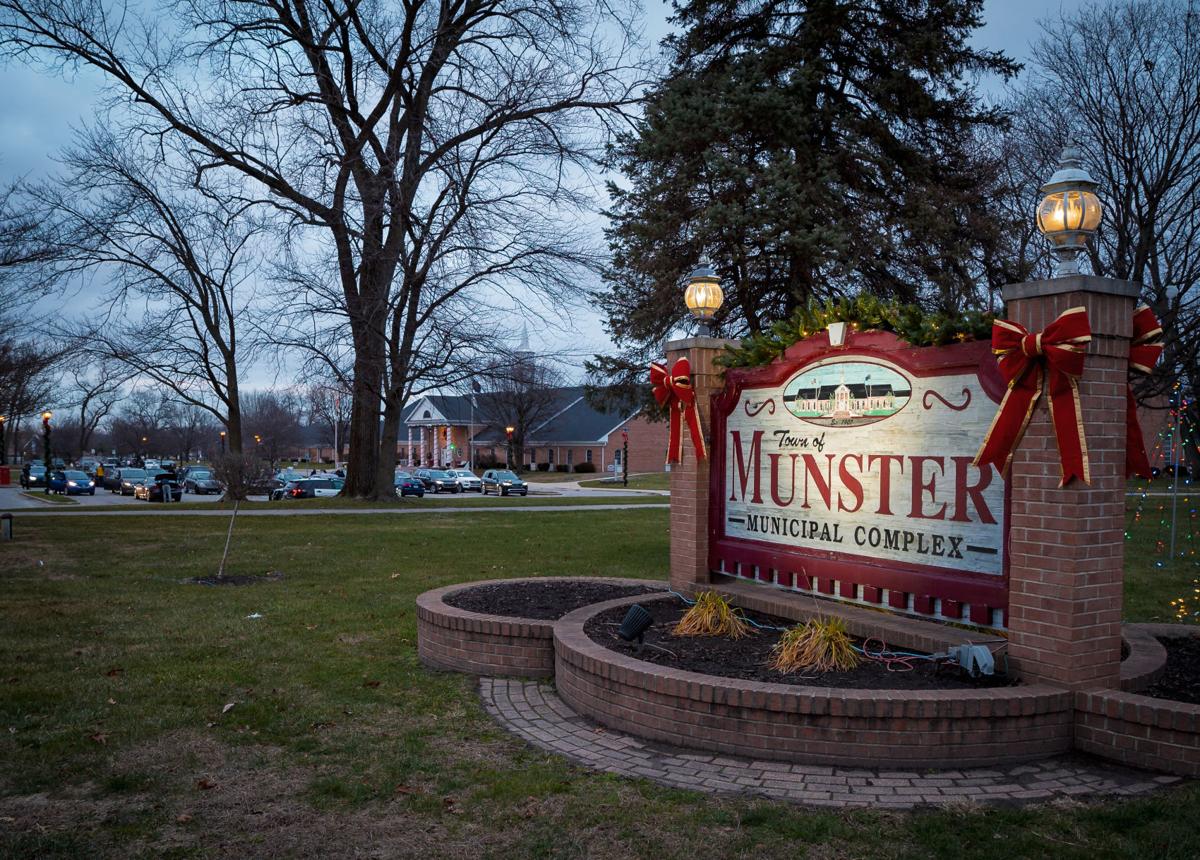 On Sunday evening, residents from throughout the area lined up outside Munster Town Hall to take part in Chabad of Northwest Indiana’s Hanukkah.parade.

MUNSTER — People waving at the parade Sunday evening may have been wondering what was that on top of those vehicles. They were menorahs, just in time for Hanukkah.

Celebrate this eight-day holy season during COVID-19, the Chabad of Northwest Indiana held its first-ever Hanukkah.parade, concluding with the lighting of a giant menorah at the Centennial Park amphitheater.

As Rabbi Eliezer Zalmanov explained, typically the Jewish community would celebrate Hanukkah.with parties, which due to social distancing cannot be done. So, the rabbi said, someone had the idea for a parade, enabling people to celebrate while staying in their vehicles.

“We want to spread the light,” the rabbi said. “That’s the message of (Hanukkah). We don’t want to keep the light to ourselves, but share it with others.”

Hanukkah is the Jewish eight-day “festival of lights,” celebrated this year through Dec. 18 with nightly menorah lightings, special prayers and fried foods.

About 2,200 years ago, the Israelites defeated the Syrian-Greeks and reclaimed their temple in Jerusalem. Even though the temple’s menorah only had enough oil for one day, when lit the candle burned for eight days. Lighting the Hanukkah menorah commemorates this miracle.

Following a parade through town, the 25 vehicles stopped at Centennial Park, where Zalmanov offered prayers and then lit the menorah. For the fourth day of Hanukkah., the rabbi hit the center candle, which he used to light four other candles.

Decorative wreaths will hang in the windows of downtown Muskegon businesses from Nov. 24 through Dec. 6. ...
Read more
Festival

The Ely Eel Festival: the wacky celebration in 23 pictures

Ely have got the bank holiday off with a bang with a parade in celebration of the city's namesake: eelsThe historic Ely Eel...
Read more
Festival